DETROIT - Marcus Morris scored 31 points and Luke Kennard had 16 against their former team, helping the Los Angeles Clippers rally from an 18-point deficit to beat the Detroit Pistons 106-102 on Sunday. 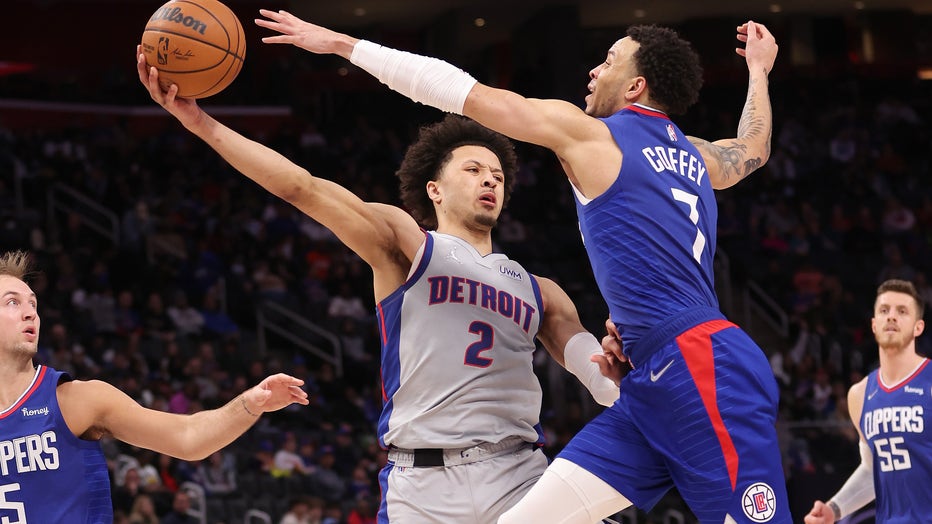 DETROIT, MICHIGAN - MARCH 13: Cade Cunningham #2 of the Detroit Pistons passes around Amir Coffey #7 of the LA Clippers during the first half at Little Caesars Arena on March 13, 2022 in Detroit, Michigan. NOTE TO USER: User expressly acknowledges an

Cunningham's layup in traffic pulled the Pistons within one, but Jackson answered with a step-back 3-pointer. Detroit came up empty on the next two possessions, and Morris hit a jumper to make it 102-96 with 36.5 seconds left.

Detroit dominated the first half. The Clippers were already playing at what felt like noon, but it came on the day after both teams lost an hour of sleep to the beginning of Daylight Savings Time. It seemed to impact their shooting legs, as they shot 28.6% from the floor in the first quarter and missed all eight 3-point attempts.

The Pistons still had a 53-39 advantage at the half.

Pistons: Longtime play-by-play announcer George Blaha will miss the rest of the season for health reasons. Blaha, who has announced Pistons games on radio and TV since 1976, expects to return for a 47th season this fall.