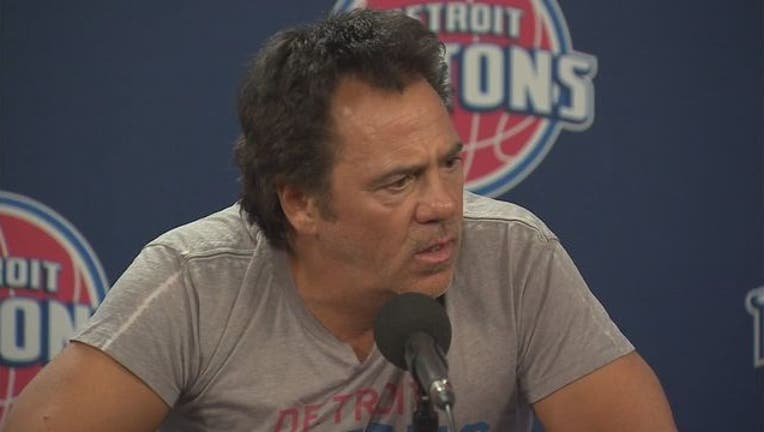 DETROIT (AP) - The mother of a G League player who died in March after collapsing on the court during a game has filed a federal lawsuit accusing the NBA and the Detroit Pistons of negligence.

Zeke Upshaw played for the Grand Rapids Drive, a G League affiliate of the Pistons. He collapsed during a game at Grand Rapids on March 24 and died two days later .

The lawsuit was filed Wednesday in U.S. District Court for the Southern District of New York. The NBA and Pistons are named as defendants, along with SSJ Group and The DeltaPlex Arena. Jewel Upshaw, the player's mother, is the plaintiff, both individually and on behalf of Zeke Upshaw's estate.

The lawsuit alleges medical personnel at the game failed to attempt lifesaving measures in a timely fashion.

"Remarkably, for much longer than four full minutes, no cardio-pulmonary resuscitation (CPR) was initiated, no chest compressions were started, no oxygen mask was placed on his nose and mouth, no airway was cleared and secured, and no defibrillator sensors and electric delivery patches were attached and secured to Zeke's chest," the suit says.

The suit also says the defendants failed to provide the G League team "the resources, policies, and procedures reasonably necessary" to prevent or handle Upshaw's collapse.

"The NBA family continues to mourn the tragic passing of Zeke Upshaw," NBA spokesman Mike Bass said. "We received a copy of the complaint and are reviewing it."

Upshaw started his college basketball career at Illinois State. He graduated with a degree in apparel, merchandising and design. The Chicago native then transferred to Hofstra, where he played in 2013-14. Upshaw was undrafted and played internationally in Slovenia and Luxembourg. He spent most of the last two seasons with the Drive.