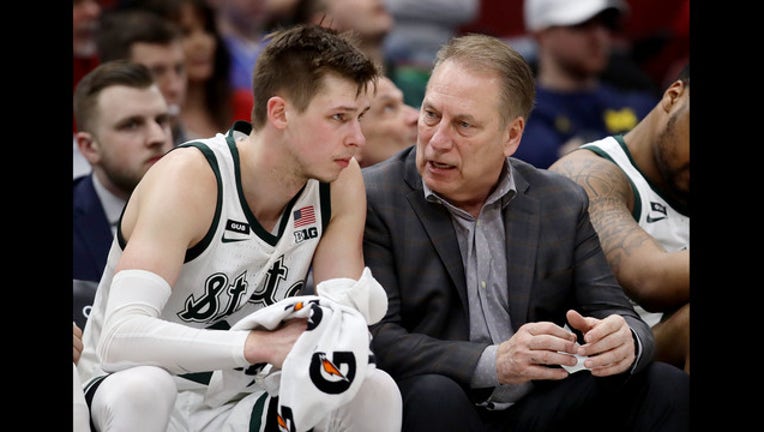 CHICAGO, ILLINOIS - MARCH 16: Matt McQuaid #20 and head coach Tom Izzo of the Michigan State Spartans meet in the second half against the Wisconsin Badgers during the semifinals of the Big Ten Tournament. (Photo by Jonathan Daniel/Getty Images)

(WJBK) - The Michigan State Spartans won the Big Ten Tournament Sunday defeating Michigan 65-60 and shortly thereafter found out they were headed to Des Moines to play Bradley on Thursday as the #2 seed in the East bracket.

The Duke Blue Devils are the #1 seed in the East and the #1 overall seed in the tournament.

The Michigan Wolverines are also headed to Des Moines, but they are the #2 seed in the West bracket and will play Montana.

Gonzaga is the #1 seed in the West.