NEW YORK - Detroit guard Killian Hayes and Orlando’s Moritz Wagner were each given multi-game suspensions for their roles in a scuffle, while the NBA suspended eight Magic players one game apiece Thursday for leaving the bench area during an altercation.

Hayes, who struck Wagner in the back of the head, was given a three-game suspension without pay. Wagner was banned two games and the Pistons’ Hamidou Diallo was suspended one game by NBA executive vice president Joe Dumars — the former Pistons star player and executive.

The fallout from the game in Detroit on Wednesday night was so large that the suspensions of the Magic players will be staggered so they have enough available players to play their next game.

Wagner hip-checked Hayes into the Detroit bench to begin the altercation. Hayes got up and hit him in the back, and Wagner appeared to briefly be knocked out. Magic players then rushed off their bench area in concern for their teammate. 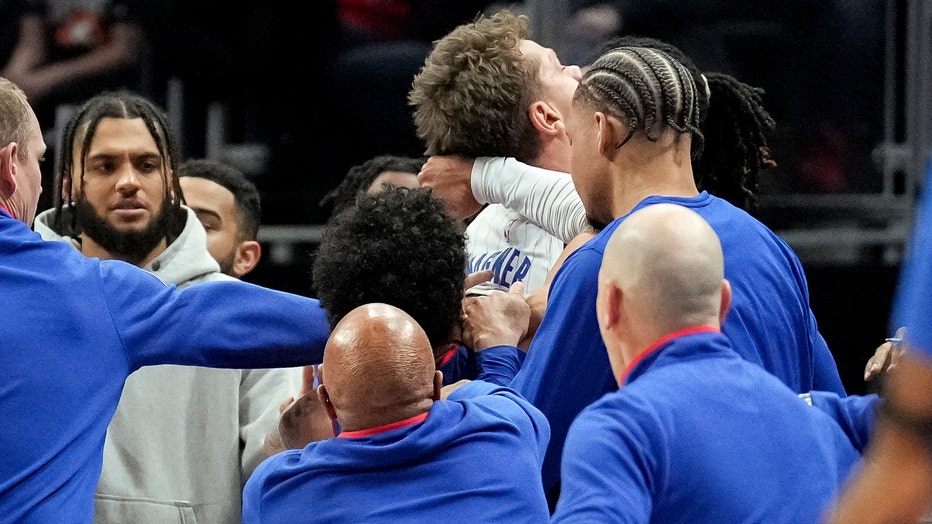 DETROIT, MICHIGAN - DECEMBER 28: Killian Hayes #7 of the Detroit Pistons punches Moritz Wagner #21 of the Orlando Magic in the back of the head during the second quarter at Little Caesars Arena on December 28, 2022 in Detroit, Michigan. NOTE TO USER: