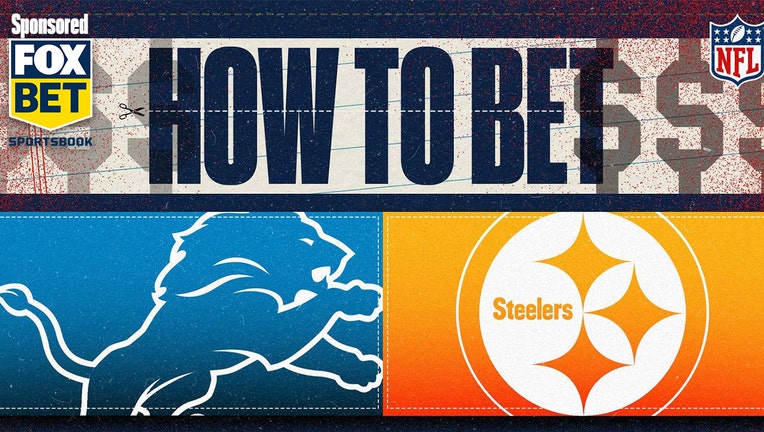 The 0-8 Detroit Lions are seeking their first win of the season as they hit the road to take on the 5-3 Pittsburgh Steelers on Sunday.

Here's everything you need to know about the NFL odds on Sunday's matchup between the Lions and Steelers – the point spread, moneyline, total over/under and pick from our betting expert (with all NFL odds via FOX Bet).

Could rest be an issue? The Lions — the lone remaining winless team in the NFL this season — are coming off a bye and last played on Halloween.

The Steelers are on a three-game win streak but are on a short week, having last played against the Chicago Bears on Monday Night Football. The game resulted in a 29-27 victory for Pittsburgh.

Goff, the No. 1 overall pick in 2016 who was traded to Detroit by the Los Angeles Rams for quarterback Matthew Stafford during the offseason, is 206-for-308 passing with 1,995 yards, eight touchdowns and six interceptions.

Pittsburgh leads the all-time series 17-14-1, having won the past five games and nine of the past 10.

The Lions are on a 12-game losing streak and have lost 14 of their past 15 games.

The Steelers and Lions have each gone over the current 42.5-point total in five of eight games this season.

The Steelers and Lions surrender a combined 51.6 points per game, 9.1 more than the over/under line of 42.5.

The Steelers are 3-5 against the spread (ATS) this season.

The Steelers have gone under in the over/under in five of their eight games this season.

The Lions are 5-3 ATS this season.

The Lions have been underdogs by 8.5 points or more five times this season and are 4-1 ATS in those contests.

FOX Sports' Colin Cowherd: "I would take Detroit +8. Mike Tomlin is not a great favorite coach and Pittsburgh is on a short week. Detroit had the stinker against Philadelphia, but they did outplay Baltimore and the Rams in chunks. And, Goff has had a lot of NFL snaps.

"This is one of the better numbers on the board, so I would take the points."

PICK: Lions (+8 via FOX Bet) to lose by fewer than 8 points (or win outright)