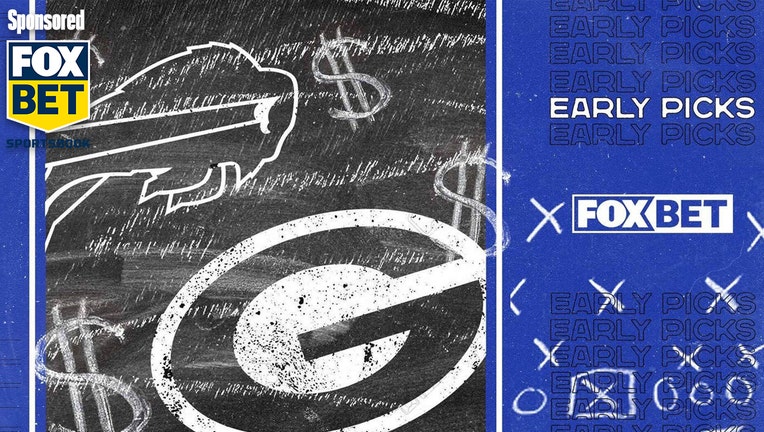 Betting expert Sam Panayotovich is back with his best NFL bets for the divisional round. Read why he loves the Packers and more.

I was holding Raiders +6, yet another close decision that went to the wayside.

It's onto the divisional round of the NFL Playoffs, and we're locked and loaded with two games apiece on the Saturday and Sunday slates.

The San Francisco 49ers are 3-1 (75%) against the spread vs. the Green Bay Packers over the last three seasons

I'm willing to die on Packer Hill this weekend.

Bookmakers have absolutely no idea how healthy Niners quarterback Jimmy Garoppolo is, and it's almost impossible to quantify the drop-off between Garoppolo and his rookie backup Trey Lance.

I advised a bet on Green Bay -6 yesterday via the Tip Sheet and stand by that position. I don't expect Jimmy G to be anywhere near 100% and think it's very possible that he doesn't play. That would likely cause the betting line to close at least -7 and maybe higher.

Meanwhile, the Packers continue to get healthy at the right time as left tackle David Bakhtiari, linebacker Za'Darius Smith and corner Jaire Alexander are all expected to return off the first-round bye.

The cream tends to rise at this point of the postseason, so I like the Packers to cruise by San Francisco en route to another NFC Championship game at Lambeau Field.

If you are not familiar with a two-team teaser, it allows you to move a side or total six points. But, you must win both legs of the teaser to cash in.

To maximize our betting math, let's tease the Packers down from 6 to a pick 'em and the Bills up through the key numbers of 3 and 7.

The "metrics bettors" absolutely love San Francisco to cover this game and I just don't understand it. The Niners needed the Dallas Cowboys to urinate down their leg completely and still almost blew it.

And now they expect either Garoppolo or Lance to go into the freezing elements at Lambeau and keep things close? Come on. I refuse to overthink this one. Aaron Rodgers is the best quarterback in football at home, and this team has been on a mission since he returned from his offseason hiatus.

All the Packers need to do is win the game, so I love my chances.

Buffalo Bills teased from +2 to +8

It's clear the sportsbooks respect Buffalo with an opening number of 2.5. Respected money has since bet that number down to 2 almost everywhere in the world.

Nobody bought more Chiefs stock than I did when they were around +700 to win the AFC after a shaky start, but this spot makes me nervous. Kansas City is the sixth-worst team in the NFL against the pass (251.4 yards per game), and then there's Josh Allen's ability to make plays with his legs.

This game could realistically go either way, so I'll gladly take over a touchdown with the Bills, who dominated Kansas City earlier this season.

Sam Panayotovich is a sports betting analyst for FOX Sports and NESN. He previously worked for WGN Radio, NBC Sports and VSiN. He'll probably pick against your favorite team. Follow him on Twitter @spshoot.