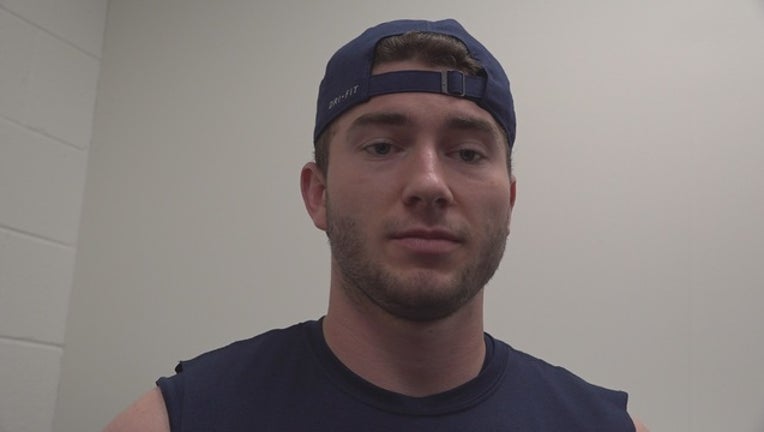 Michigan has high hopes and many have hyped up expectations for coach Jim Harbaugh's fifth team and it can't afford to get stunned in the season-opening game. Middle Tennessee has nothing to lose in a game no one outside its program gives the heavy underdogs a chance to win.

Michigan's new offense against the Blue Raiders defense: A no-huddle, spread offense led by first-year coordinator Josh Gattis had to be tough to prepare for because no one has seen it. Middle Tennessee plays a 4-3 scheme that will be tested in part because the defense lost about half its starters from last season.

Middle Tennessee: WR Ty Lee. He leads active NCAA players with 213 career receptions. Lee will be catching passes from a new quarterback because Brent Stockstill exhausted his eligibility and is on Lane Kiffin's coaching staff at Florida Atlantic.

Michigan: QB Shea Patterson. The senior seems to be perfectly suited for the new offense, which he said is a lot like what he directed in his first two years in college at Ole Miss. Patterson is expected to have a lot of run-pass options.

Michigan leads the nation with 953 all-time wins. ... MTSU has won a league-high 16 Conference-USA games since 2016. ... The Wolverines will face six teams ranked in the preseason poll. ... MTSU coach Rick Stockstill is in his 14th season at the school based in Murfreesboro, Tennessee. ... Michigan is one of 14 programs at the highest level of college football to have won at least 10 games three times over the previous four years.