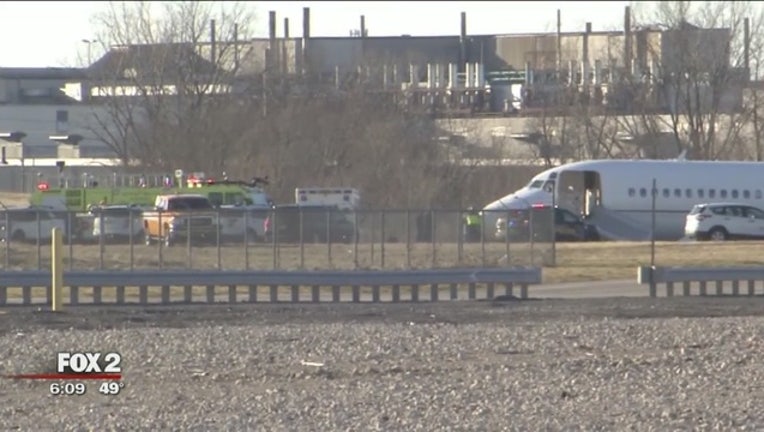 The National Transportation Safety Board on Wednesday issued an update about the March 8 crash at Willow Run Airport in Ypsilanti Township, near the Ann Arbor school. The aborted takeoff caused extensive damage to the aircraft but only one minor injury during evacuation.

The report does not list a likely cause of the incident, but it says flight data recorder shows the right elevator - the primary mechanism controlling an airplane's pitch - didn't move during the attempted takeoff.

The plane carrying 109 passengers and seven crew members skidded 1,000 feet past the runway. The team was headed to Washington, D.C., for the Big Ten Tournament. They flew the next day and won the tournament and are now in the Sweet 16 of the NCAA Tournament.