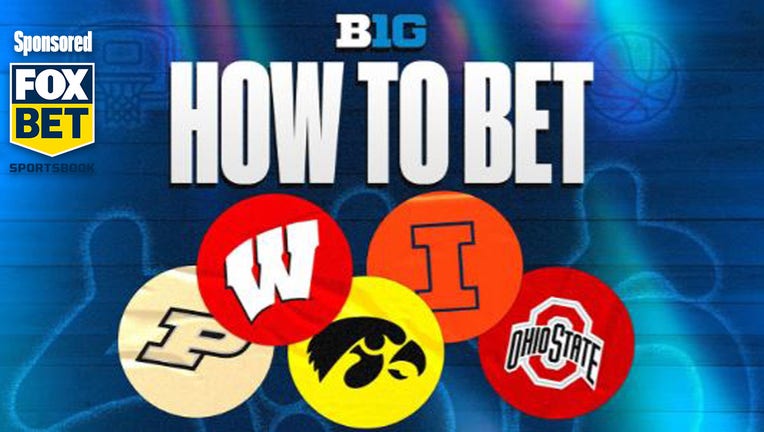 The Big Ten Tournament is here, so let's take a look at the odds and insights from FOX Sports betting analyst Jason McIntyre.

Illinois, with help from last-place Nebraska, earned the top seed for the Big Ten Tournament on the final Sunday of the regular season.

The 20th-ranked Fighting Illini beat No. 24 Iowa after the Cornhuskers upended No. 10 Wisconsin on Sunday, and Illini held the tiebreaker over the Badgers with their 80-67 home win over Wisconsin on Feb. 2.

For more, from gambling-friendly schedules featuring live, updating odds to expert analysis and the day's most-bet games, check out the college basketball section on the FOX Sports App and FOXSports.com!

Martin Pascual, FOX Bet trading operations specialist, said he considers Wisconsin and Purdue as the best in the conference but are seeded on the same side of the bracket. They would meet in a semifinal Saturday with wins in the quarterfinals on Friday.

The Badgers swept the season series against the Boilermakers (74-69 and 70-67, combined margin of victory of eight points) but Pascual said the third time will be a charm for Purdue if the teams meet in the semis.

"Wisconsin would be slight favorites as they have already beaten Purdue twice in the regular season. However, I am choosing the Boilermakers to beat them this time," Pascual said. "The two games came down the wire and the wins weren’t convincing enough for me."

With Purdue and Wisconsin on the path to a semifinal showdown, FOX Sports betting analyst Jason McIntyre said the logical choice would be top-seeded Illinois.

"There are far too many landmines in the bottom half of the bracket, so the safest bet for me would have to be Illinois," he said.

McIntyre is also intrigued by another team on the other side of the bracket.

"The Big Ten will almost certainly feature tons of chaos as the league features some offensive machines that don’t play much defense — Purdue, Iowa, Ohio State — and a couple of tough defensive teams that can be lacking on offense — Indiana and Wisconsin," McIntyre said.

McIntyre said if Iowa coach Fran McCaffrey can get the Hawkeyes to play with emotion and intensity, watch out. Sophomore forward Keegan Murray leads Iowa by averaging 23.3 points, 8.6 rebounds and 2.1 blocks per game.

"Based on how the bracket shakes out, if the Hawkeyes — an elite offensive unit with a takeover star in Keegan Murray — get hot, a run is very possible," McIntyre stated.

But what's the fun in playing it safe? If you are looking for a longshot, Pascual says don't sleep on Juwan Howard and his Michigan Wolverines.

The Wolverines were ranked No. 6 to start the season. Then Howard was suspended for the final five games after a post-game confrontation with the Badgers coaching staff in a Michigan 77-63 loss to Wisconsin on Feb. 20.

Phil Martelli, who led St. Joseph's to seven NCAA Tournaments in his 24 seasons as coach, was the interim coach for Michigan. The Wolverines went 3-2 in Howard's absence, with both losses to ranked teams.

"I'd say Michigan would have the best shot to make a deep run among the rest of the pack," the oddsmaker explained. "Though their record may suggest that they are an average team, people must not forget they were one of the preseason favorites to win the Big Ten."

Throwing down a couple of bucks on the Big Ten Tournament? Head over to FOX Bet to get your bets in!