The Sabres had not practiced for a week. The Buffalo-area is recovering from a blizzard that killed at least 40 people. 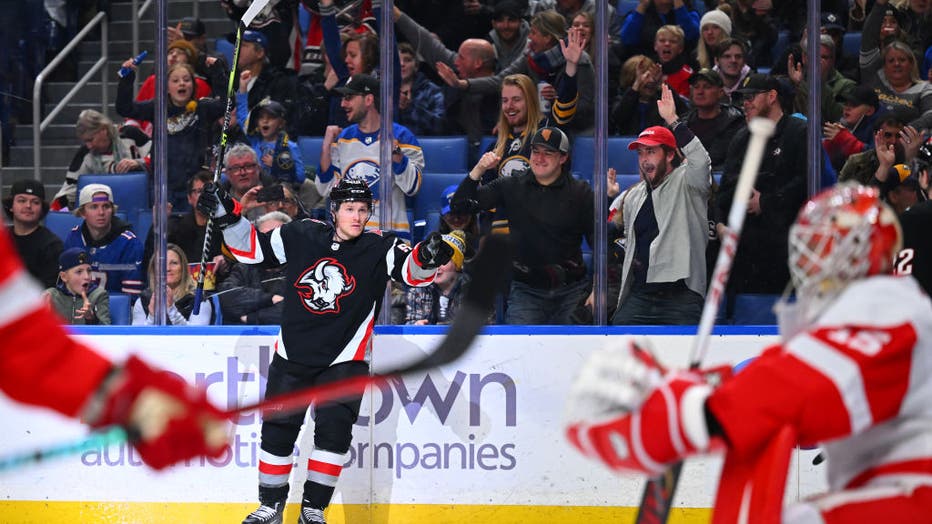 BUFFALO, NY - DECEMBER 29: Jeff Skinner #53 of the Buffalo Sabres celebrates his second period goal against Magnus Hellberg #45 of the Detroit Red Wings during an NHL game on December 29, 2022 at KeyBank Center in Buffalo, New York. (Photo by Joe Hry

Buffalo grabbed control with four goals in the second period, opening a 5-0 lead. Okposo had two of the goals, beating Hellberg at 11:21 and 14:02.

Okposo sealed the win with an empty-net goal with 3:38 left, No. 6 on the season. It was the captain's first hat trick since Feb. 7, 2016, when he played for the New York Islanders.

Mittelstadt put Buffalo ahead to stay with 4:28 left in the first. He tapped the puck past Hellberg after a slap shot from Peterka went off the skate of Red Wings defenseman Jake Walman and right to Mittelstadt.

Skinner made it 2-0 when he intercepted a pass from Filip Hronek and snapped in a shot for his 17th goal.

Sabres: At Boston on Saturday.