The Rays maintained their 8 1/2-game lead in the AL East over Boston. The New York Yankees are nine back.

Taylor Walls drew a leadoff walk in the 10th from Bryan Garcia (2-2) before Phillips sent a 3-1 pitch into the right-field seats.

Gregory Soto, the fifth Detroit reliever, got his pitching hand on Manuel Margot’s head-high line drive in the ninth that went for a leadoff infield single. He stayed in the game with the Tigers ahead 4-1 and walked Francisco Mejía before Brandon Lowe singled to load the bases. 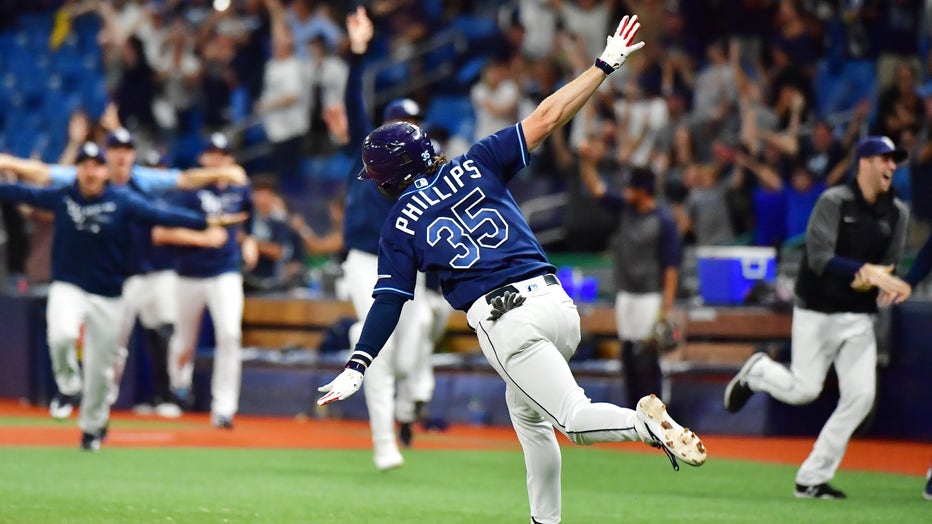 Michael Fulmer replaced Soto and gave up a two-run single to pinch-hitter Yandy Díaz. Lowe advanced to third on a wild pitch, and Randy Arozarena tied it at 4 on a sacrifice fly.

Akil Baddoo hit his first career leadoff homer for the Tigers, coming on the third pitch from Luis Patiño.

Tampa Bay tied it later in the first when Austin Meadows picked up his 100th RBI on a sacrifice fly. He is the first Rays player to reach the milestone since Evan Longoria (104) in 2010.

Rays center fielder Kevin Kiermaier was lifted for a pinch-hitter in the sixth. There was immediate announcement on why.

Niko Goodrum had an RBI double during a two-run second. Harold Castro’s third-inning sacrifice fly put the Tigers up 4-1.

Tigers reliever Derek Holland left with two outs in the fifth but appeared to be OK after being struck by Ji-Man Choi’s liner just above his rear end.

Patiño stayed in the game after Castro’s sixth-inning liner went off his glove and hit the side of his face. The right-hander gave up four runs and six hits in six innings.

Tampa Bay manager Kevin Cash said Franco, eligible to come off the injured list Tuesday, should be back around that time.

Tigers: Manager A.J. Hinch said it wouldn’t be known if José Luis Cisnero (right elbow laceration) will return this season until after the stitches are removed in a week or so.

Rays: DH Nelson Cruz, hit on the right forearm by a pitch Thursday, was out of the lineup but could start on Saturday.