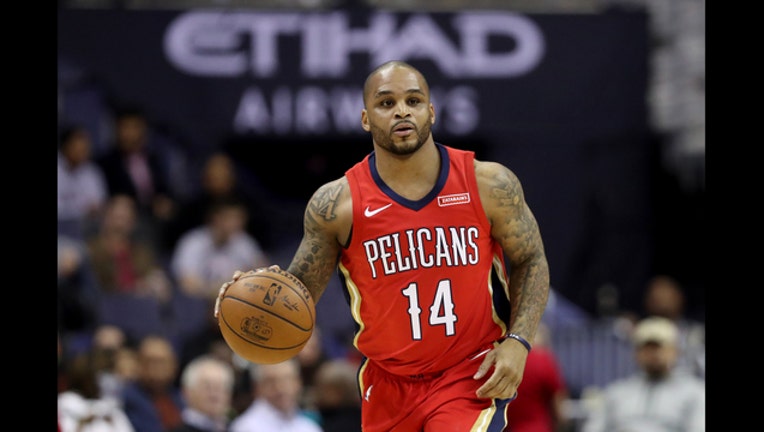 WASHINGTON, DC - DECEMBER 19: Jameer Nelson #14 of the New Orleans Pelicans dribbles the ball against the Washington Wizards in the first half at Capital One Arena on December 19, 2017. (Photo by Rob Carr/Getty Images)

The teams announced the trade Thursday.

Nelson, who turns 36 on Friday, averaged 5.1 points a game with New Orleans this season before being traded to Chicago last week. He hasn't played since.

The Pistons acquired Reed last week as well, as part of the trade that sent Blake Griffin to Detroit. Reed was suspended six games Tuesday after the NBA looked into the circumstances surrounding his arrest last August on a domestic violence charge.

Nelson played for Detroit coach Stan Van Gundy when they were both with the Orlando Magic.