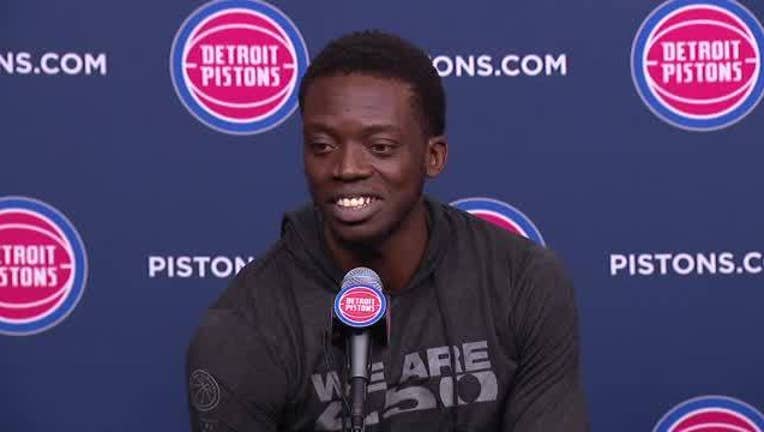 NEW YORK (AP/WJBK) - The Detroit Pistons had to win on the last day of the season to control their own destiny into the playoffs, and they did with a 115-89 victory over the New York Knicks at Madison Square Garden.

"We knew what was at stake," Drummond said. "We knew they were coming in to try and ruin our season that we worked so hard for. Just tried to stick it to them early and get them out of the game."

Detroit extended its lead to 27 points twice in the second quarter and led 65-41 at halftime.

The Pistons went up by as many as 36 points and led 92-59 after the third quarter.

"We're building something special, and this is the first step to get into the playoffs," Pistons coach Dwane Casey said. "Our fans are used to great basketball. We're not where we want to be, but we're not where we were."

Blake Griffin missed the game with a lingering knee issue.