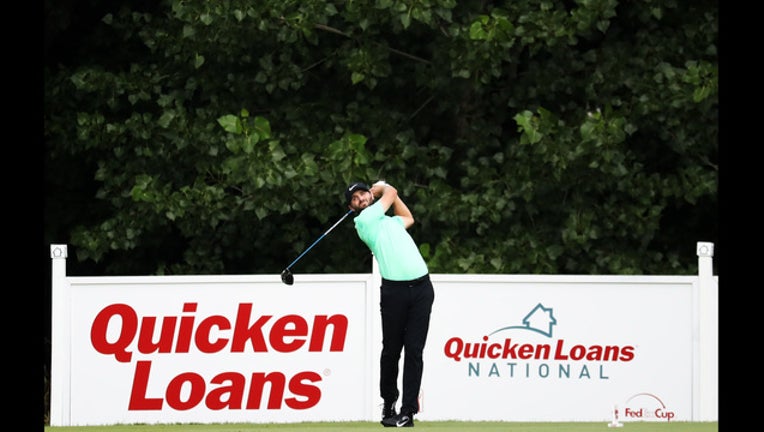 POTOMAC, MD - JULY 02: Kyle Stanley of the United States plays his shot from the 15th tee during the final round of the Quicken Loans National on July 2, 2017 TPC Potomac in Potomac, Maryland. (Photo by Rob Carr/Getty Images)

DETROIT (AP) - The PGA Tour is returning to the Detroit area after a 10-year absence.

Detroit-based Quicken Loans has signed an agreement to host a new PGA Tour event in the Motor City starting next year. Still to be determined is the name of the tournament and when it will be played, though it likely would be two weeks after the U.S. Open.

The tour said Wednesday that the tournament is expected to be held at Detroit Golf Club, a Donald Ross design.

As part of the deal, the company will retain its title sponsorship of the Quicken Loans National this summer, the tournament outside Washington that is run by the Tiger Woods Foundation.

Michigan had the Buick Open from 1958 through 2009, a tournament that Woods won three times.