DETROIT - José Ramírez homered and drove in five runs, leading Shane Bieber and the Cleveland Guardians to an 8-1 victory over the Detroit Tigers on Saturday.

Ramírez hit a three-run triple in the seventh inning and a two-run shot in the ninth for his 12th homer. The three-time All-Star is batting .297 with a major league-best 48 RBIs in 42 games.

"It’s just such a pleasure," Guardians manager Terry Francona said. "And I hope people realize what they’re seeing because, I mean, my goodness, he just is so, so good. He’s so smart. I don’t know if people realize how smart he is. ... His intelligence, his IQ in baseball is so off-the-charts."

Bieber (2-3) allowed one run and eight hits in a season-high eight innings. The 2020 AL Cy Young Award winner struck out five and walked none. 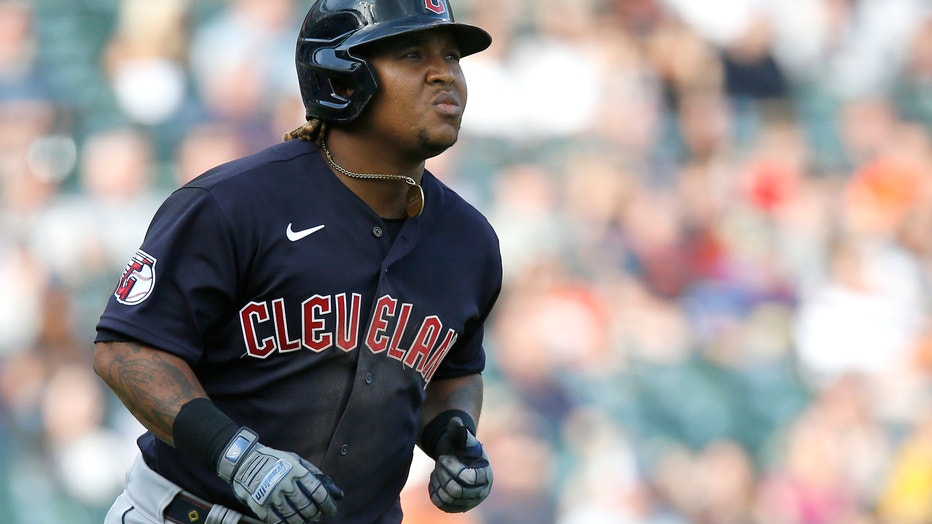 DETROIT, MI - MAY 28: Jose Ramirez #11 of the Cleveland Guardians rounds the bases after hitting a two-run home run against the Detroit Tigers during the ninth inning at Comerica Park on May 28, 2022, in Detroit, Michigan. (Photo by Duane Burleson/Ge

"He got some early-count outs," Tigers manager A.J. Hinch said. "And that’s the danger of being super aggressive against the guy. If he’s going to get outs, he’s going to stay in the game a long time. If you can get to him, then great. But he didn’t walk a guy. We couldn’t really put much together against him. He controlled today."

As good as Bieber was, the right-hander also marveled at Ramírez's continued production.

"I don’t know how many RBIs he’s at. I’m done counting," Bieber said. "I know he’s done counting. We know he’s going to keep going. It’s otherworldly right now but it’s a lot of fun to watch and be a part of."

Josh Naylor added two hits and two RBIs for Cleveland, which had dropped three in a row. Richie Palacios had a run-scoring single.

Detroit wasted another effective start for Alex Faedo (1-2), who allowed two runs and five hits in a career-high six innings. The Tigers had won two in a row.

"I felt good out there," Faedo said. "The fourth inning, they did a good job taking advantage of the leadoff walk. I was happy with how I threw the baseball. When you’re going up against a guy like Bieber, you gotta be sharp."

According to Elias Sports, Faedo is the first pitcher since Steven Matz in 2015 to go five or more innings while allowing two runs or less in the first five starts of his major league career.

Detroit got its only run on Willi Castro’s sacrifice fly in the seventh.

Cleveland improved to 20-6 in its last 26 games at Comerica Park.

Hinch sent Eric Haase up to hit for Miguel Cabrera with a runner at first and two out in the eighth inning. After the game, Hinch said Cabrera had lower back tightness.

Guardians: RHP Aaron Civale (left glute tightness) is going to throw a side session and then a 50-55-pitch rehab game on Tuesday with Triple-A Columbus.

Tigers: LHP Tyler Alexander (left elbow sprain) will make a rehab start Monday for Triple-A Toledo. ... RHP Matt Manning (right shoulder inflammation) will be seeing a doctor about biceps tendinitis. He will not be throwing for the foreseeable future.

Hinch said Joey Wentz would be the 27th man and start the second game in Tuesday’s doubleheader against the Minnesota Twins.