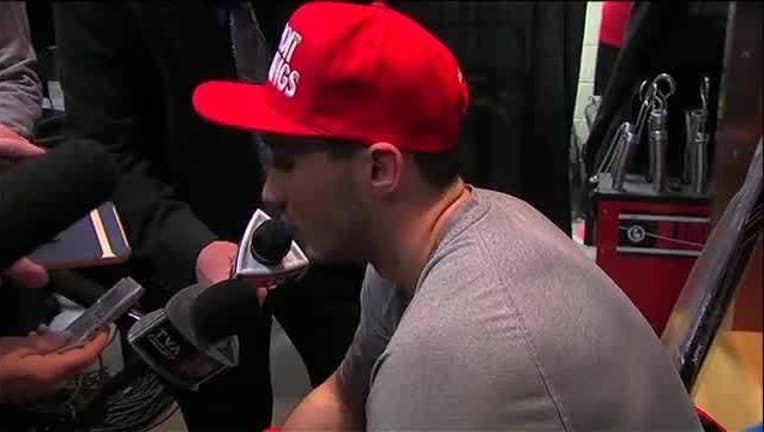 CHICAGO (AP) - The Chicago Blackhawks have acquired forward Tomas Jurco in a trade with the Detroit Red Wings.

Chicago sent a third-round pick in this year's draft to Detroit for the 24-year-old Jurco, who has no points in 16 games with the Red Wings this season.

The Blackhawks also reassigned forward Vinnie Hinostroza to the minors on Friday. Hinostroza has six goals and eight assists in 48 games with the Blackhawks.

Jurco was selected by Detroit in the second round of the 2011 draft. He has 15 goals and 24 assists in 159 games over four seasons.