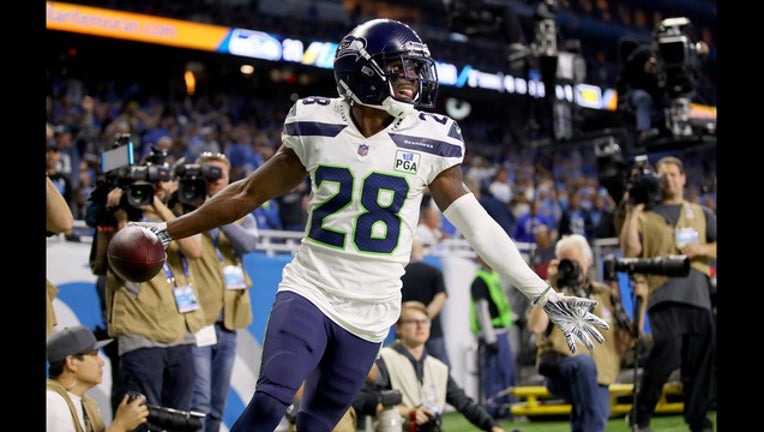 DETROIT, MI - OCTOBER 28: Justin Coleman #28 of the Seattle Seahawks celebrates his interception against the Detroit Lions during the fourth quarter at Ford Field on October 28, 2018 in Detroit, Michigan. (Photo by Gregory Shamus/Getty Images)

Coleman, 25, is primary a nickel back that will bolster the Lions secondary.  The 5-11, 190 pound cornerback played the last two seasons with the Seattle Seahawks and had three interceptions, two touchdowns, two fumble recoveries, 19 pass deflections and 90 tackles in 32 games.

The veteran agreed to a $36 million, four-year contract with the Lions and plans to sign Wednesday, according to a person familiar with the negotiations. The person spoke Monday night to The Associated Press on condition of anonymity because the agreement has not been announced.

Before Seattle, the Tennessee alum played under Lions' Head Coach Matt Patricia in New England for 20 games and had eight pass deflections with 29 tackles.