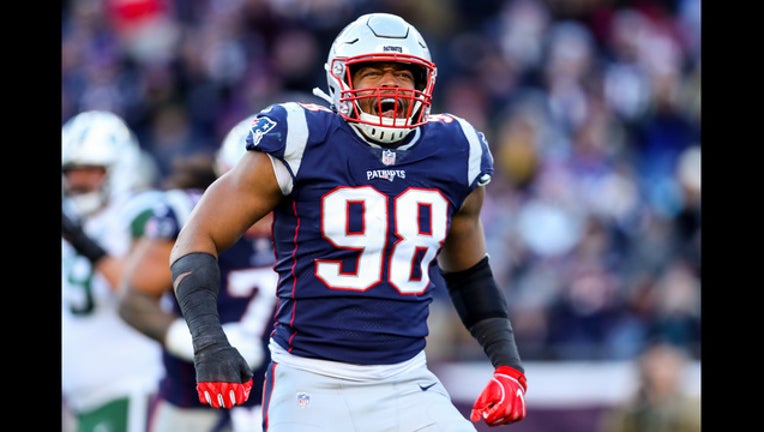 FOXBOROUGH, MASSACHUSETTS - DECEMBER 30: Trey Flowers #98 of the New England Patriots reacts during the third quarter of a game against the New York Jets at Gillette Stadium on December 30, 2018. (Photo by Maddie Meyer/Getty Images)

Flowers, 25, has played his entire career with the New England Patriots after being drafted in the fourth round of the 2015 draft out of Arkansas.

The four-year veteran, played his first three seasons under Lions' Head Coach Matt Patricia and was considered by many to be the top free agent of the 2019 class.

Flowers will be replacing Ziggy Ansah as the Lions top pass rusher.