CHICAGO - Adam Schefter reported Sunday morning that Lions' quarterback Matthew Stafford will miss the game against the Chicago Bears with fractured bones in his back. 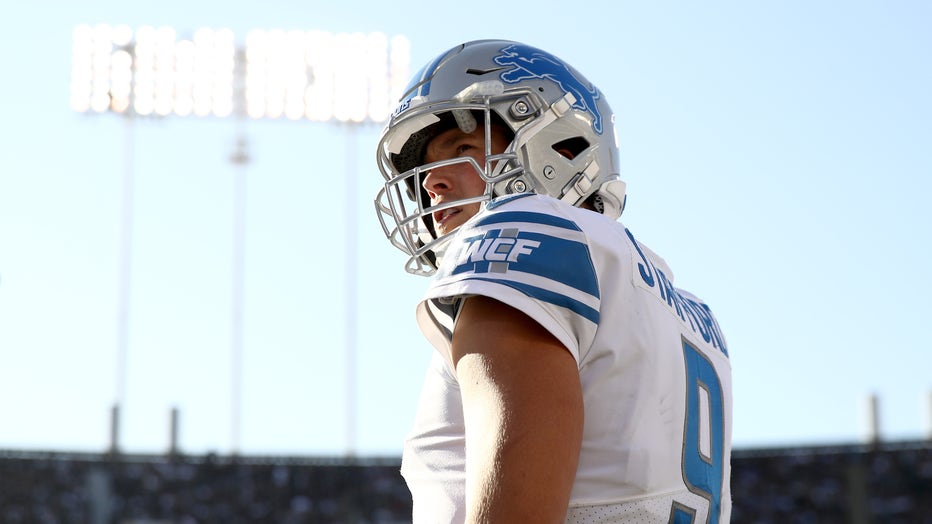 OAKLAND, CALIFORNIA - NOVEMBER 03: Matthew Stafford #9 of the Detroit Lions stands on the sidelines during their game against the Oakland Raiders at RingCentral Coliseum on November 03, 2019 in Oakland, California. (Photo by Ezra Shaw/Getty Images)

This will mean Stafford's 136 consecutive regular-season game streak will be snapped.  It was the sixth longest streak for a quarterback in the history of the NFL.

Jeff Driskel will get the start for the Lions.  Driskel, 26, was drafted by the 49ers in the sixth round of the NFL Draft.  He has played in nine career games, all last season with the Bengals, and had six touchdowns to two interceptions.

Watch Lions GameDay Live at 10am from Chicago with the very latest on the breaking news and watch SportsWorks at 11pm Sunday night to wrap it all up.