Sandoval (4-8) threw 97 pitches, struck out nine, walked none and didn't allow a runner past first base as the Angels ended a three-game skid.

The 25-year-old left-hander retired 12 straight batters before Victor Reyes singled with one out in the ninth. Sandoval then got Riley Greene to ground into a game-ending double play, the third the Angels turned behind him. 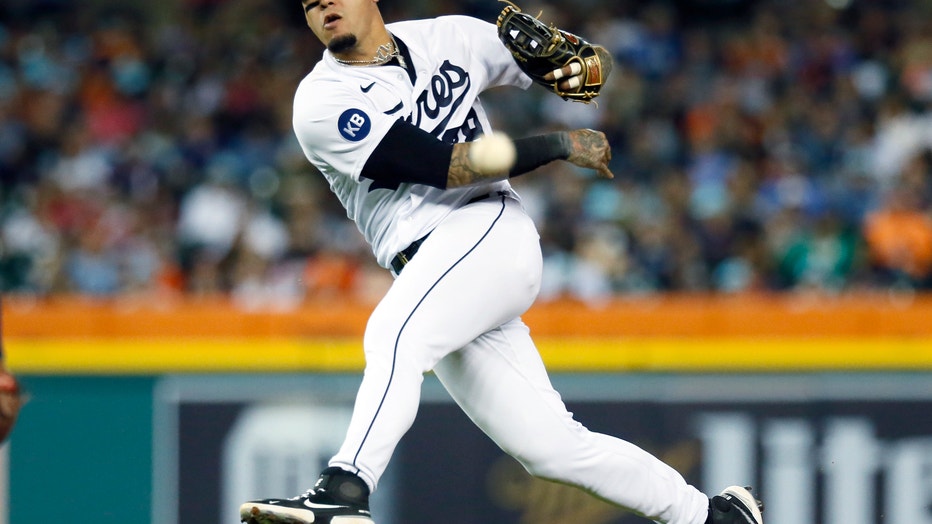 DETROIT, MI - AUGUST 19: Shortstop Javier Baez #28 of the Detroit Tigers throws out Jose Rojas of the Los Angeles Angels at first base on a grounder during the eighth inning at Comerica Park on August 19, 2022, in Detroit, Michigan. (Photo by Duane B

Mike Trout returned to the Angels' lineup after missing 28 games with rib cage inflammation. He went 1-for-4 with a single. Shohei Ohtani, who totaled seven hits in his previous two games, went 0 for 3 with a walk.

Matt Manning (0-1) took a tough-luck loss, working seven innings and allowing three hits and a walk as the Tigers dropped their 10th of 12 games.

Manning's only mistake was a 1-0 changeup he left over the middle of the plate to Walsh, who sent it over the wall in right field.

The Tigers reinstated LHP Eduardo Rodriguez from the restricted list and designated RHP Wily Peralta for assignment. Rodriguez is scheduled to start on Sunday — his first appearance since leaving the team in early June to deal with family issues.

To make room for Trout, the Angels optioned OF Steven Duggar to Triple-A Salt Lake.