ALLEN PARK, Mich. - ALLEN PARK, Mich. (AP) — Detroit quarterback Matthew Stafford is questionable for Sunday’s game in Tennessee, and Lions center Frank Ragnow has been ruled out because of a throat injury that has him trying not to talk to protect his vocal cords.

The Lions originally listed Ragnow as questionable Friday before downgrading him to out. Ragnow did not practice all week and met with a specialist Friday. Stafford also hasn’t practiced this week due to a rib injury that kept him from finishing Detroit’s loss to Green Bay last week. 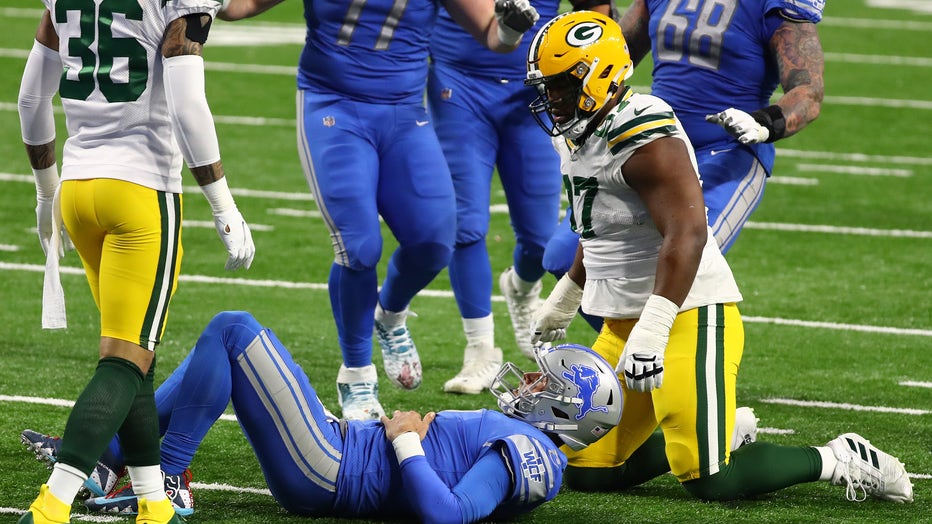 DETROIT, MICHIGAN - DECEMBER 13: Matthew Stafford #9 of the Detroit Lions grabs his side after being tackled during the fourth quarter against the Green Bay Packers at Ford Field on December 13, 2020 in Detroit, Michigan. (Photo by Rey Del Rio/Getty

"He is going on the trip," Lions interim coach Darrell Bevell said.

Tennessee (9-4) had nobody ruled out for the game. The Titans designated cornerback Adoree Jackson as questionable for the first time this season. Jackson was placed on injured reserve hours before Tennessee’s opener and he has yet to play this season.