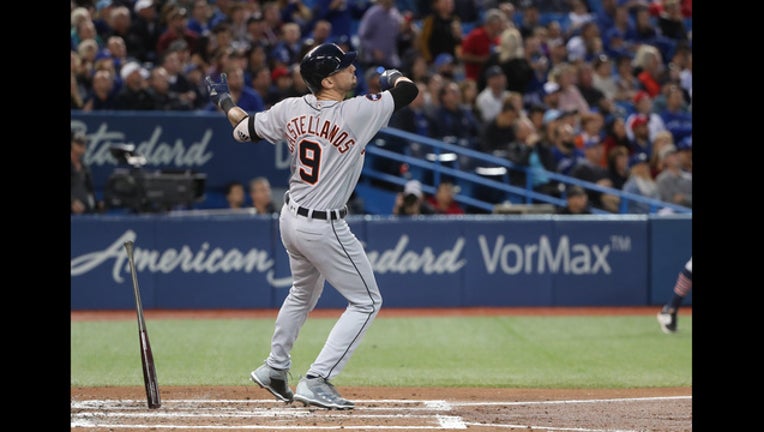 TORONTO, ON - SEPTEMBER 8: Nick Castellanos #9 of the Detroit Tigers hits a grand slam home run in the third inning during MLB game action against the Toronto Blue Jays at Rogers Centre on September 8, 2017. (Photo by Tom Szczerbowski/Getty Images)

The Tigers also reached one-year deals with right-handers Alex Wilson ($1,925,000) and Shane Greene ($1.95 million). Shortstop Jose Iglesias is still eligible for arbitration. He is asking for $6.8 million and the team is offering $5.6 million.

Castellanos hit .272 with 26 home runs and 101 RBIs last season. He started 128 games at third base and 20 in right field. He may play more in the outfield in 2018 if Jeimer Candelario can hold the third base job.