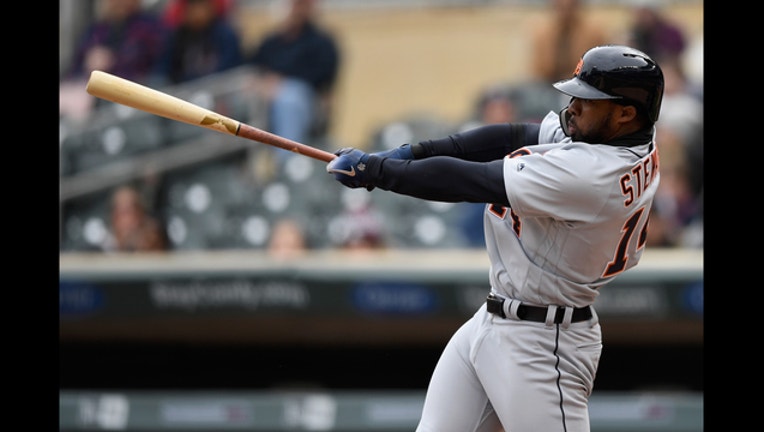 MINNEAPOLIS, MN - APRIL 13: Christin Stewart #14 of the Detroit Tigers hits a solo home run against the Minnesota Twins during the sixth inning of the game on April 13, 2019 at Target Field. (Photo by Hannah Foslien/Getty Images)

BOTTOM LINE: Detroit enters the matchup as losers of their last five games.

The Tigers are 4-4 against AL Central opponents. Detroit has slugged .311, last in the majors. Christin Stewart leads the club with a .519 slugging percentage, including nine extra-base hits.

The White Sox have gone 4-4 against division opponents. The Chicago pitching staff as a whole has an ERA of 5.45. Carlos Rodon leads the team with a 3.27 earned run average. This is the first meeting of the season for these two teams.

TOP PERFORMERS: Miguel Cabrera leads the Tigers with 16 hits and has three RBIs. Gordon Beckham is 4-for-21 with two doubles, two home runs and three RBIs over the last 10 games for Detroit.

Yoan Moncada leads the White Sox with 11 extra base hits and is batting .333. Tim Anderson is 15-for-39 with two doubles, two home runs and seven RBIs over the last 10 games for Chicago.