John Collins added 19 points, 10 rebounds and four blocks, and De'Andre Hunter had 17 points to help the Hawks improve to 3-1.

Bojan Bogdanovic scored 33 points for Detroit. The Pistons have lost four in a row after an opening victory. Cade Cunningham added 26 points, seven rebounds and six assists, but had seven turnovers. 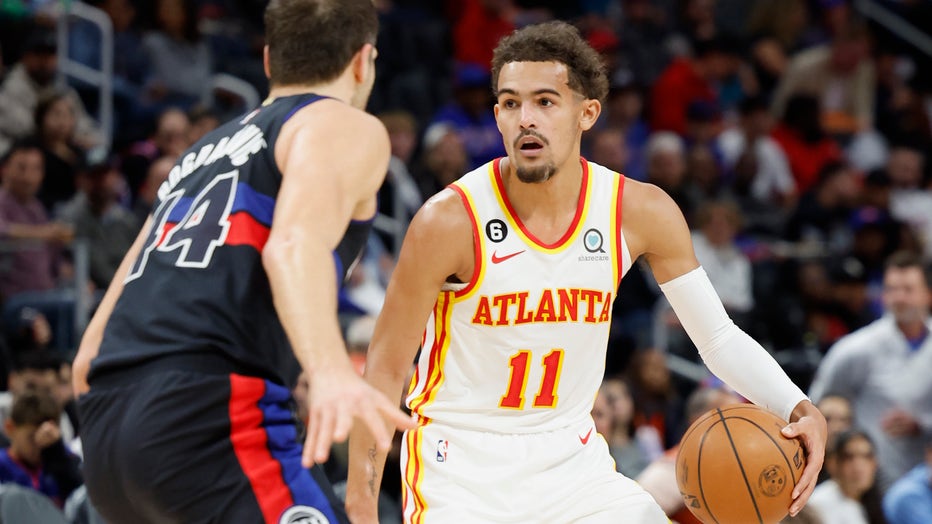 DETROIT, MICHIGAN - OCTOBER 26: Trae Young #11 of the Atlanta Hawks dribbles is defended by Bojan Bogdanovic #44 of the Detroit Pistons in the first half at Little Caesars Arena on October 26, 2022 in Detroit, Michigan. NOTE TO USER: User expressly a

After Young answered with two free throws, Saddiq Bey missed two on the other end. John Collins scored inside and, after Cunningham was blocked at the rim, the Hawks finished it from the line.

Young had 23 points in the first half, including a three-point play that gave Atlanta a 62-57 lead with nine seconds left. However, Bogdanovic hit two free throws and, after the Hawks threw away a long pass, Cunningham hit a jumper to pull Detroit to 62-61.

Hawks: Atlanta’s two-game set in Detroit is the first of three such trips season. The Hawks will play in Miami on March 4 and 6, then visit Washington on March 8 and 10.

Pistons: Even though Detroit is hosting Atlanta twice in three days, it won’t wear its traditional white jerseys in either game. On Wednesday, it wore black with the Hawks in white. On Friday, the Pistons will debut their teal retro jerseys.