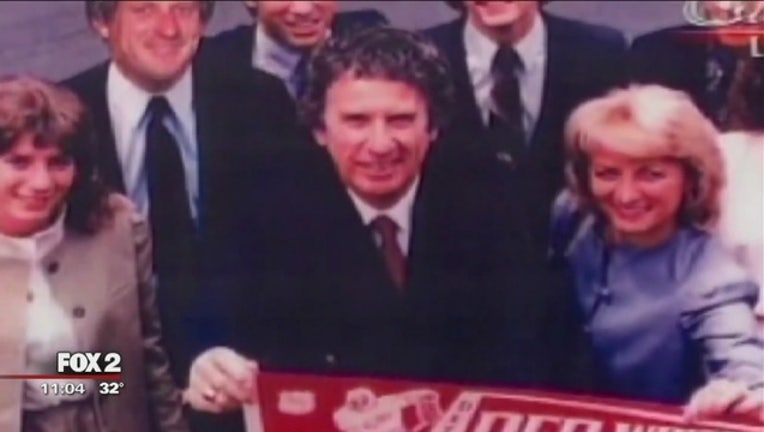 DETROIT (AP) - Mike Ilitch will lie in repose for a public visitation Wednesday at Fox Theatre in Detroit.

Ilitch, the billionaire businessman who founded the Little Caesars pizza empire and bought the Detroit Red Wings and Detroit Tigers, died Friday. He was 87.

Ilitch Holdings Inc. announced information Sunday night on how the public could pay respects. Events this week include the visitation from noon to 8 p.m. on Wednesday, and a public memorial display at Comerica Park beginning at 1 p.m. on Monday.

Ilitch's family released a statement saying the "condolences and kind wishes" have been overwhelming.

"We know that he would've been touched by the outpouring of support, especially from this community that he so loved," the statement said.