Wake Forest coach Dave Clawson attended the same college as members of the Steinbrenner family and even got to meet "The Boss." That would be, of course, George Steinbrenner, the late New York Yankees owner known for his tempestuous nature who demanded World Series trophies and championship rings become a fixture at Yankee Stadium.

Clawson already had the ring — he got engaged to the woman he met when he coached in the Bronx at Fordham.

"I got to my knees on the streets of New York and proposed to my wife," he said.

On deck, the trophy, in particular the George M. Steinbrenner Trophy awarded to the winner of the Pinstripe Bowl. Clawson has engineered one of the best eras in Wake Forest history and can cap the season with a win Friday against Michigan State. The 52-year-old Clawson coached Fordham from 1999 to 2003 and made two more stops before he took over the Demon Deacons (8-4) in 2014. He has them one win away from becoming just the third team in school history to finish with nine or more victories. What better spot for Clawson to get nine on the field than Yankee Stadium? 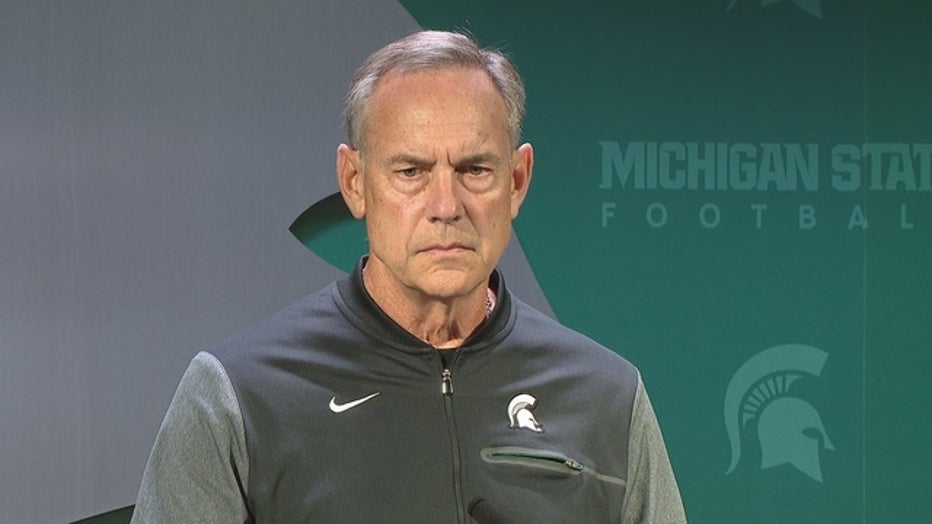 "New York has always been a place special to me and my family," he said.

The Demon Deacons are 3½-point underdogs to a Michigan State (6-6) team that had another down season under coach Mark Dantonio. With a loss, the Spartans would finish under .500 for the second time in three seasons. Consider, he had just one losing record in his first nine seasons. The Spartans won at least 10 games in a season six times from 2010 to 2017. This season, their four Big Ten wins came against teams with a combined 16-32 record. They were outscored by 29.25 points in their five conference losses.

"It hasn't been perfect this year. I'm the first one to sit there and admit that," Dantonio said.

It's history vs. ignominy this year at the Pinstripe Bowl, the coldest bowl around where 35 to 3 was both the final score and temperature range in last year's game. So pack your parkas and your playbooks, and huddle up for the 10th Pinstripe Bowl.

Wake Forest has won three straight bowl games, starting with Temple in the 2016 Military Bowl, Texas A&M in the 2017 Belk Bowl, and Memphis in the 2018 Birmingham Bowl. Wake Forest is one of nine schools to win a bowl game each of the past three seasons.

QB OR NOT QB

Brian Lewerke is expected to start for the Spartans, but it could be a QB-by-committee the rest of the way. Lewerke is a senior and Dantonio wants to use the game as sort of an audition for next season. Rocky Lombardi is the backup, and Theo Day and Payton Thorne could also take snaps.

"I think what we look for right now is to give them opportunities to play meaningful snaps, especially Payton Thorne, who has not had that opportunity to play in this system as much," Dantonio said. "He's been a scout team quarterback. Give him some opportunities, same with Theo Day. It's hard to get three quarterbacks ready."

Wake Forest finished the regular season 12th in the nation in total offense (473.4) and first in total plays (985). The Deacons are on target to set school records for yards passing and total offense yards and will challenge the school mark in several other categories.

"I've heard they're as fast as anybody in the country," Dantonio said.

TAKE ME OUT TO THE BOWL GAME

This is the 10th Pinstripe Bowl, a wintry tradition that stands out from the other bowl games that are usually played under sunny skies.

"I remember sitting here 10 years ago when we announced it, all the usual gloom and doomers said it'll never last, you can't have a college bowl game in New York," Yankees President Randy Levine said. "As usual, they were all wrong."

NICE TO MEET YOU

The Demon Deacons and Spartans have never played each other.