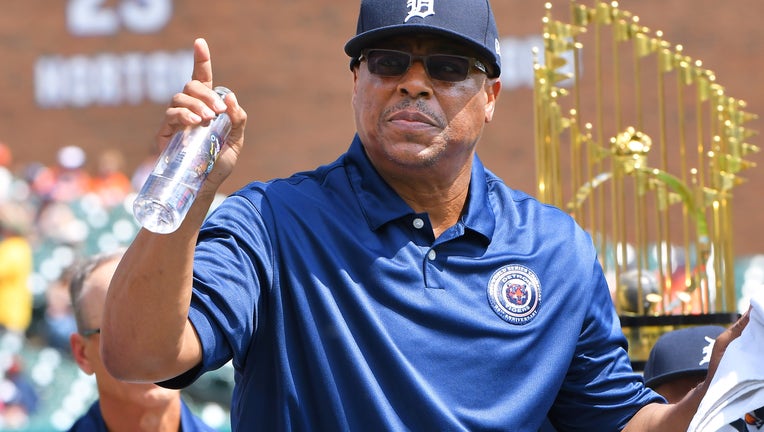 DETROIT, MI - JUNE 29: Former Detroit Tigers second baseman Lou Whitaker waves to the crowd during the ceremony to honor the 35th anniversary of the 1984 Detroit Tigers world championship team prior to the game against the Washington Nationals at Com

COOPERSTOWN, N.Y. - Dwight Evans, Thurman Munson and Lou Whitaker have been added to the ballot for the baseball Hall of Fame's modern era committee to consider next month, and Luis Tiant has been dropped.

Former players' association head Marvin Miller will be on a Hall of Fame ballot for the eighth time when the modern era committee meets Dec. 8 ahead of the winter meetings in San Diego. Other holdovers on the 10-man ballot announced Monday are Steve Garvey, Tommy John, Don Mattingly, Dale Murphy, Dave Parker and Ted Simmons.

The modern era committee considers candidates from 1970-87, and a candidate needs at least 75% of the vote to be elected. The Hall will announce the members of the committee at a later date.

Anyone picked will be inducted to the Hall on July 26 along with candidates elected by the Baseball Writers' Association of America in a vote announced Jan. 21. Former New York Yankees captain Derek Jeter will be on the ballot for the first time.

When the modern era committee last met two years ago, Simmons fell one vote short. He received 11 of 16 votes in a year when Jack Morris (14) and Alan Trammell (13) were elected. Miller received seven votes, while Garvey, John, Mattingly, Murphy, Parker and Tiant received fewer than seven.

Miller asked after the 2007 vote that he not be included on future ballots. He died in November 2012 at age 95.

Munson received his highest voting percentage, 15.5%, in the first of his 15 appearances on a BBWAA ballot. That was in 1981, two years after he died in a plane crash. Evans peaked at 10.4% in 1998, the second of his three appearances. Whitaker appeared on the ballot in 2001 and received 2.9% - below the 5% needed to stay on the ballot.