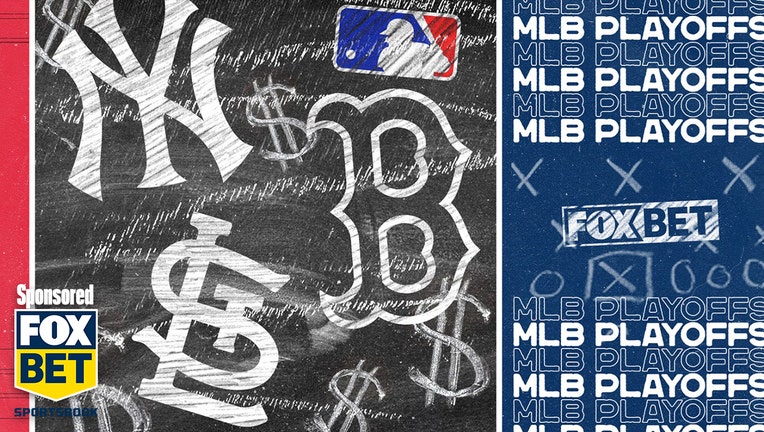 Booking Major League Baseball future bets can be quite the balancing act during the final week of the regular season.

As teams jockey for position or for an actual berth in the postseason, bettors search for betting value on teams they believe can potentially make a run towards a pennant or World Series title.

"I like the Blue Jays if they get in!" your buddy will proclaim.

When four teams are fighting for two American League Wild Card spots over the final days, the number-crunching gets even more hectic.

"We’ve only got a handful of games left for every team," Circa Sports sportsbook manager Chris Bennett told me. "If all the playoff teams were decided at this point, I would probably be booking the World Series and the pennants at a little bit lower theoretical hold percentage than I am currently. I need to build in a little bit of a push-in because of that uncertainty as there are more than 10 teams that could make the playoffs right now. So that’s part of what I do to protect myself."

"This late in the season, I have to pay attention as the games are going on. I’m looking at scores on my phone or on the computer at home. So if the Blue Jays look like they’re going to beat the Yankees tonight, I might want to make a move before the game even goes final to get ahead."

The checks and balances don’t stop until the field is all but finalized.

"When it gets down to Saturday or Sunday, and a team is right on the brink of elimination, I’ll just have odds on both teams as if they both had won so that it doesn’t really matter," Bennett explained.

"It’s a balancing act. I would hate to be operating a future book where I didn’t feel good about the odds we’re offering or feeling like not we’re very competitive in the market. It’s definitely a challenge."

Shifting future numbers day-to-day is just a small slice of a large pie. Most sportsbooks have future liabilities that have built up for weeks or months, and no liability is created equal. It all depends on the stances a baseball bookmaker like Bennett took on a certain team at a given time.

Prices are almost always different at every shop, after all. One sportsbook could be rooting against the Yankees to win the World Series, while another could be crying poor if a team like the Brewers wins it all because of an avalanche of money written in the early months. It all depends.

"The Giants are the worst outcome for us in the World Series market, but the Cardinals have gotten pretty bad, too," Bennett reported. "They’re probably about equally bad. San Francisco exceeded expectations right out of the gate, and St. Louis just went on that crazy winning streak. The Cardinals were at very long odds three weeks ago, and now, they’re in the playoffs.

"We have some customers that have some obscenely good bets on this year’s Cardinals," Bennett added. "We put up fair numbers, and sometimes things work out that way. It’s baseball. All you have to do is make it in, and you have a legit chance to win a championship. It’s not like the NBA. There’s too much variance and randomness in baseball.

"The good news is that only one of them can advance to the NLCS, so I’ll be able to work with it somewhat. I’m not entirely pleased with our positions, but it’s not like they’re on a collision course to meet deep in the playoffs."

This recent Cardinals run reminded Bennett of a similar situation 10 years ago. It’s a different kind of déjà vu this time around, though, because he was on the other side of the counter for that scorching St. Louis finish.

"They were left for dead. They were quite a few games behind the Braves, but the Braves had just an epic collapse at the end of the season and the Cardinals got in. They kept winning and the Braves kept losing. And the rest is history."

Speaking of history, there’s no more storied rivalry in the Majors than the Boston Red Sox against the New York Yankees. And there’s a solid chance the two longtime rivals meet in a do-or-die tilt early next week for a chance to meet the Tampa Bay Rays in the divisional round.

"That’s a pretty good situation because it’s a showcase event on that Tuesday," Bennett said. "And if it’s Gerrit Cole versus Chris Sale, that’s two of the best pitchers in baseball, so it’s even more compelling. That matchup would bring out tons of action because people love to bet big games with big names."

I asked Bennett about the uniqueness of baseball playoff betting because I couldn’t exactly put my finger on it. In pro basketball, bettors love the zig-zag theory. In March Madness, people love underdogs that can win outright. In hockey, it’s all about the hot goalie. In pro football, bet on Tom Brady.

So what’s unique to playoff baseball?

"One thing that I think of immediately is that people just desperately want to bet ‘Under’ in these playoff games," Bennett said. "You’ve typically got the best pitchers and for certain teams in the Midwest and Northeast, it’s October, so the weather is cold and the hitting conditions aren’t the greatest.

"There was a World Series game between the Royals and Mets in New York," Bennett recalled. "The Mets had great pitching and the Royals had a great bullpen. The total was like 6 and the Under was -120 or something.

"The market goes overboard sometimes just pounding the ‘Under.’ Some people just don’t want to bet ‘Over’ in playoff games with good pitchers. I think the market is pretty strong, so you can’t just blindly bet these games ‘Over,’ but that’s one thing that has been a consistent trend over the years – people’s desire to bet ‘Under.’"

Earlier in this column, I mentioned how baseball bettors are on the prowl for a team that could potentially make a run. You’ve probably been waiting for some advice on that. Lucky for you, I asked Bennett.

He knows these teams and their relative value better than anybody.

"The Rays (+600 at FOX Bet) and the Brewers (+850 at FOX Bet) are slightly underrated," Bennett opined. "Tampa Bay doesn’t have that ace starting pitcher that people tend to like, but they’re just so good all-around that they can still thrive without having Tyler Glasnow. Their lineup is legit top-to-bottom, good defense, good baserunning.

"With the Brewers, they’ve got three really, really good starting pitchers. That’s sort of your prototypical playoff team construction right there. If those guys can get lined up and pitch to their potential, they’re dangerous. You saw when Milwaukee faced the Giants over the last month how much the market respected the Brewers."

That's true even after Devin Williams punched a wall and made himself most likely unavailable for the postseason; for Bennett, it's more about Milwaukee's pitching big three:

"As good as the Giants (+650 at FOX Bet) have been and all that, those individual game lines told you that the Brewers might be better. If they can get Burnes and Woodruff and Peralta all lined up, look out. The path might work out well for the Brewers."