DETROIT (FOX 2) - We start getting asked the question in late August before the leaves even start to change.  Before Halloween, it's being posted on our Facebook pages. Everyone wants to know: What will this winter be like?

Now, as we turn the calendar to November and start facing the cooler temps, we are prepared to answer that question. It's going to be snowy and we'll probably see more than we usually do. 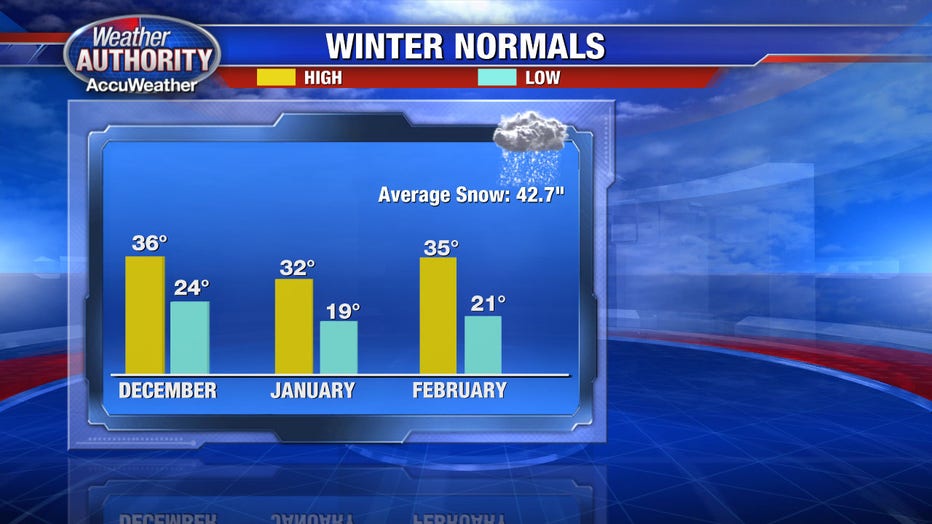 Obviously our big winter months are December, January and February.  Normally, we see highs between 30-35 degrees with lows closer to 20 degrees and yearly snow totals near 43". 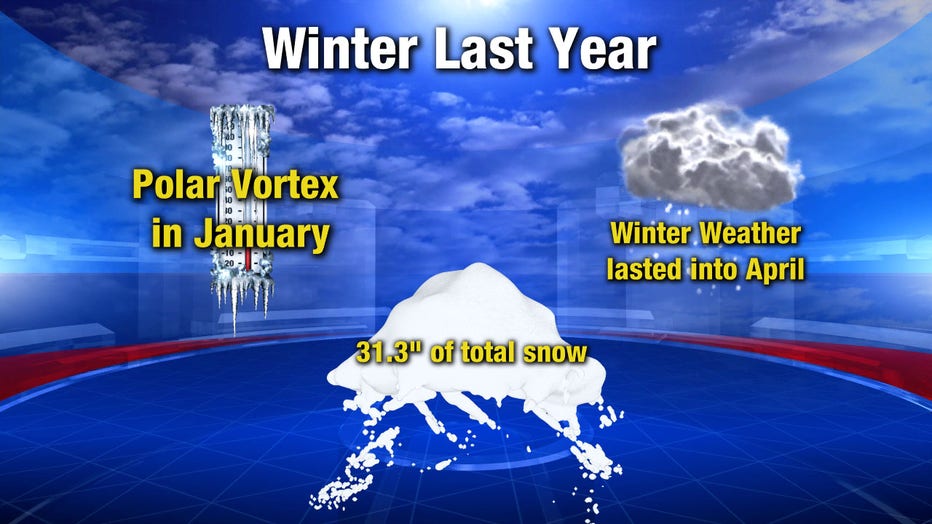 Last year we had a bit of everything:  a snowy November turned into a mild December, which quickly flipped into the Polar Vortex in late January.

We didn't see a ton of snow in winter 2018-19, but the winter weather lasted well into April, which made the season feel very long.  This year, I expect things to be different, in a snowier way. 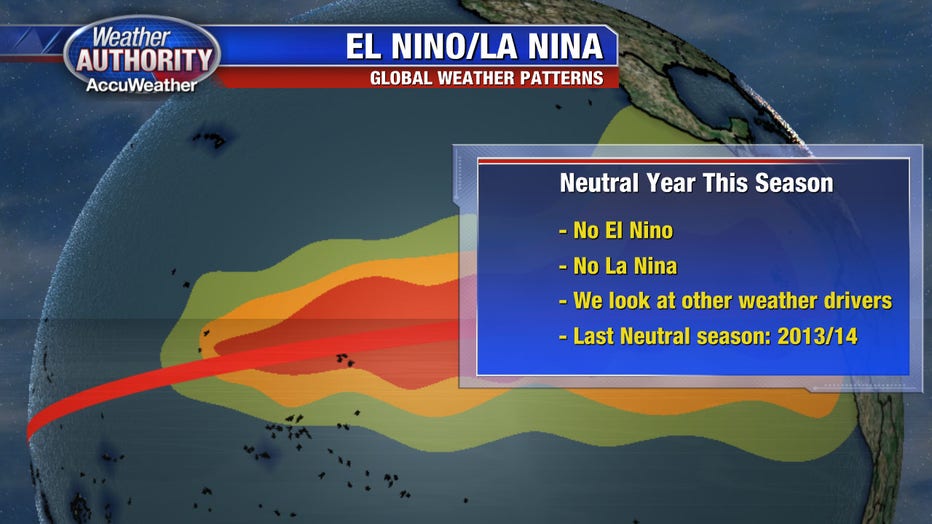 Last season, the global weather pattern was in an El Nino pattern (where we generally see less snow). But it's shifted. Now we're in a Neutral one (meaning it's neither El Nino or La Nina).

When this happens, Michigan tends to see more snow. Remember the winter of 2013-14? That was a Neutral pattern and we had a record-shattering 94.9 inches of snow! 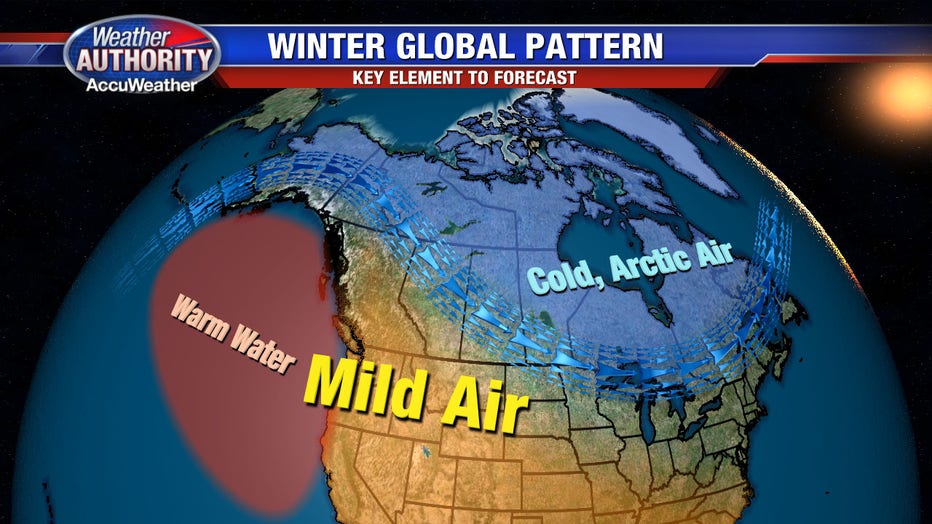 When we are in a Neutral global pattern, our jobs as meteorologists is to target the other large scale weather influencers.

What I've honed in on is the warm water in the northern Pacific Ocean. Believe it or not this water, 2500 miles away, impacts us! The jet stream is forced north thanks to the warm water and air, while down the line it "kinks" and falls south allowing the cold arctic air to spill into Michigan. 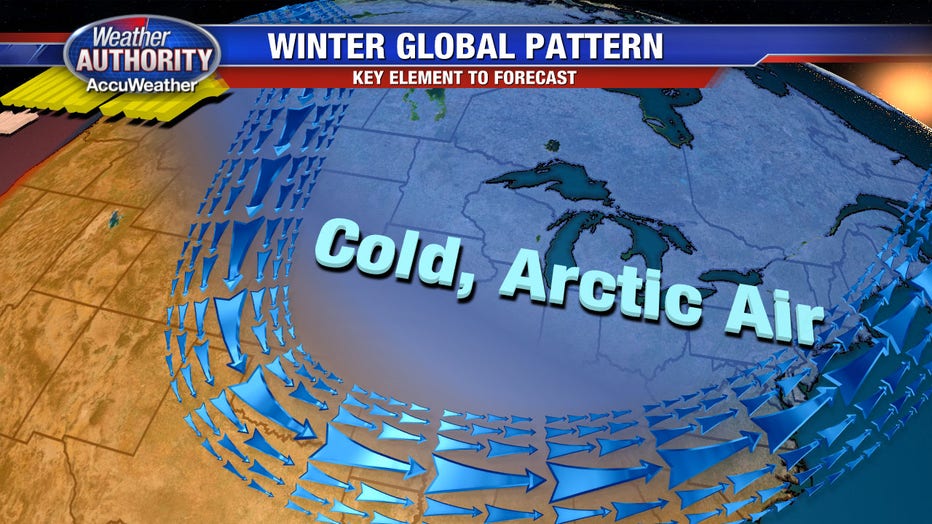 This is part of the reason we get nailed with the Polar Vortex occasionally but when it’s combined with moisture from Canada or even the US… well, that’s when we get clobbered with snowstorms.  And I’m sorry to say, it’s what we’ll see plenty of this winter. 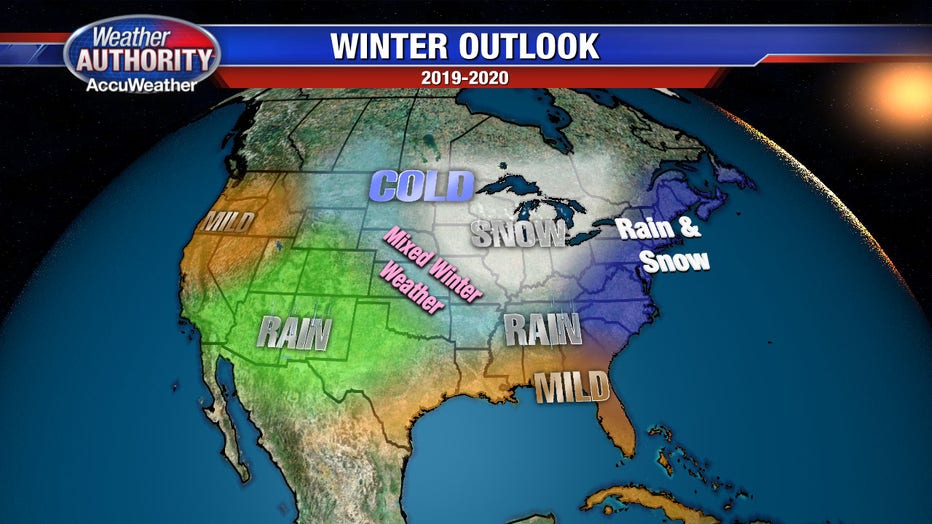 Nationally, the West Coast and South are shaping up to have milder seasons.  In fact, the East Coast will catch a break this year too.  But the Northern Plains and Upper Midwest (yes, us) will take it on the chin with colder air and more snow.

Track the weather - rain, snow, or sunshine - anywhere at any time with the FOX 2 Weather Authority app! 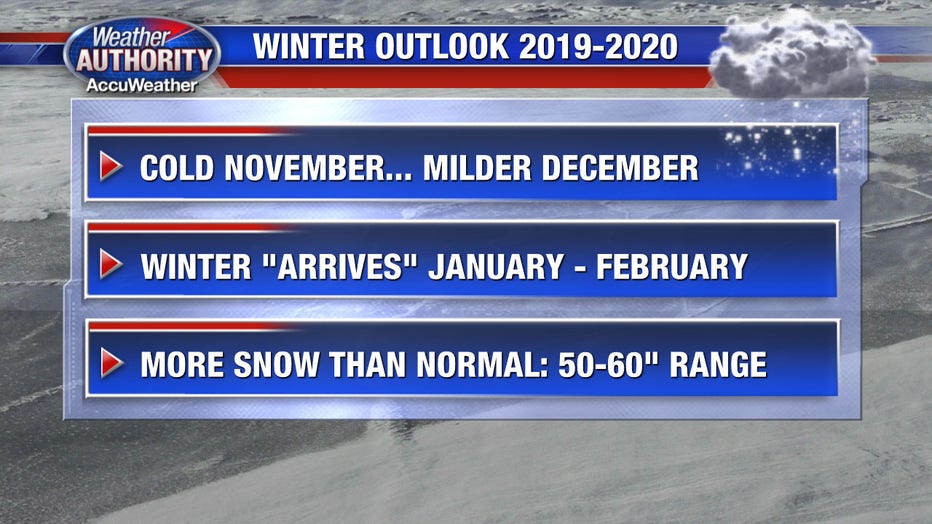 To get specific for residents of SE Michigan, I'll break it down month by month:

While we will, of course, see plenty of stretches of cold weather, this year will be remembered more for the snow totals.

We usually get 43 inches of snow in Metro Detroit, but this season I am leaning toward a range between 50-60 inches thanks to more snowstorms.

A return of the Polar Vortex is not out of the question and if we do it again it would likely happen in late January. All in all, winter will be winter this year. Get your shovels ready.