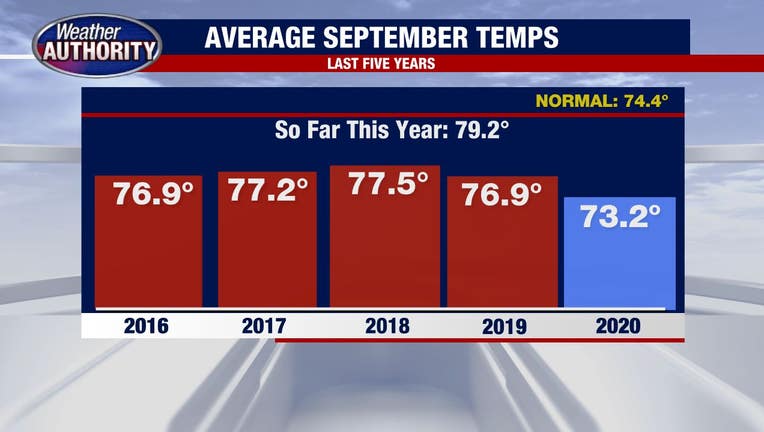 DETROIT - Did anyone install a tracker on fall? Because it feels like it's lost and we should honestly begin looking for it.

Kidding aside, we're halfway through September and while fall doesn't officially start until Sept. 22 typically by this time you'd think we'd have least seen a hint of fall weather. Right?

Well, wrong at least over the last five years. My memory told me that September is the month where we begin seeing a very quick cool down in Metro Detroit. And in a way, the data backs that up.

The average high temperature to end the month is in the 60s with lows in the 40s a very common occurrence. That is, historically speaking - but not recently.

While September 2020 was indeed fall-like, 2016-2019 surprised me with the amount of heat (and lack of cool fall air) that we actually had.

Each and every year was significantly warmer than average (about 2 degrees higher) and had multiple days in the upper 80s and even 90s!

And the overall lack of sustained cool air is evident in these years too with many years only seeing a few 40 degree days all month long. 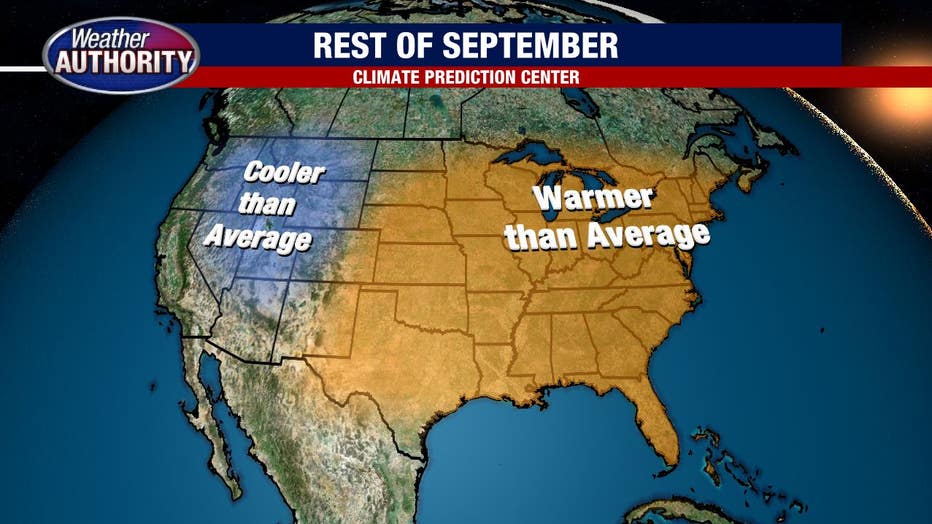 The fact is that this September will stay hot, too. Long-range weather models keep up above-average temperatures for the remainder of the month with plenty more mid-80 degree days.

Perhaps we'll see more cool fall air in October...because we won't get it in September.