(FOX 2) - It's the last full weekend of summer and boy oh boy, does it feel like it! Temperatures will be in the middle and upper 80s, and we'll even feel a little humidity at times. Let's dig into it!

Friday will start with some fog (again, ugh) but it'll burn off quick enough. The skies will be partly cloudy as the high temperatures jump to 84 degrees. It'll be warm but not too bad.

High school football games will be begging for this weather come late October! 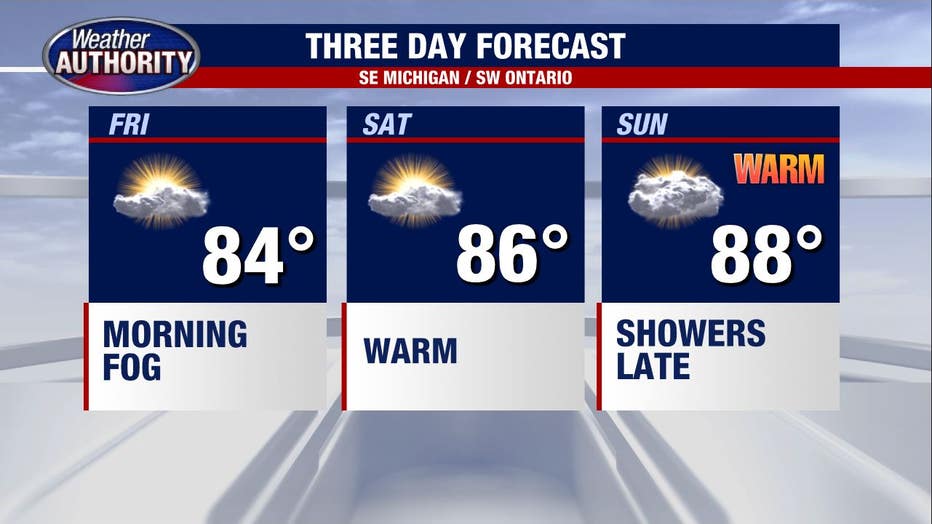 Saturday starts near 63 degrees but jumps quickly to a high of nearly 86! There will be a nice mix of sun and clouds, but rain is not a concern for the first half of the weekend.

The muggy level will creep up a bit and some may feel it, but it'll keep climbing into Sunday. 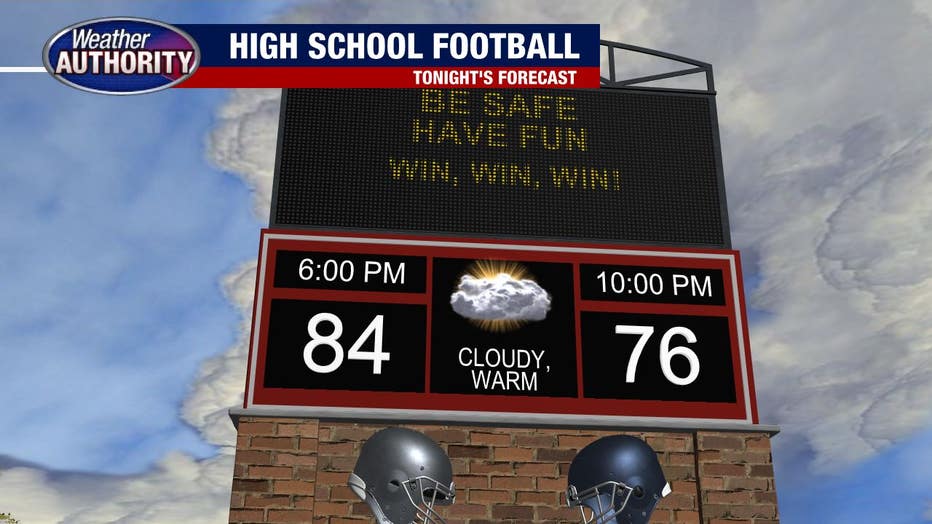 Sunday's high will be the hottest of the weekend as we get to 88 degrees - pretty close to 90!

While it's not "normal" to be near 90 in September it does happen...we've seen 90 degrees as late as October 8th.

That said, boy it'll be hot with the humidity a bit higher. There is a chance for some Sunday showers starting in the late morning and continuing through most of the day. The highest chance for showers in fact will be after 4 p.m. Sunday. 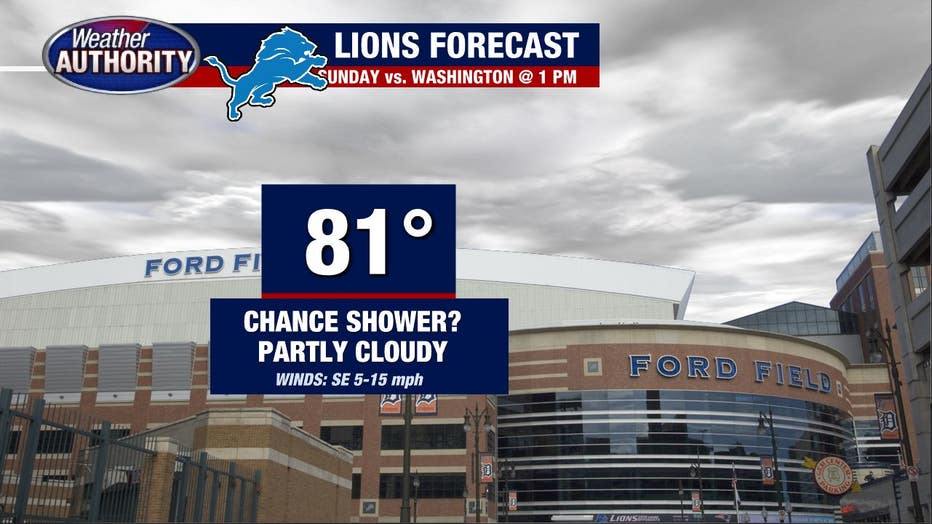 Lions tailgaters shouldn't have to worry too much - get out and enjoy ourselves! 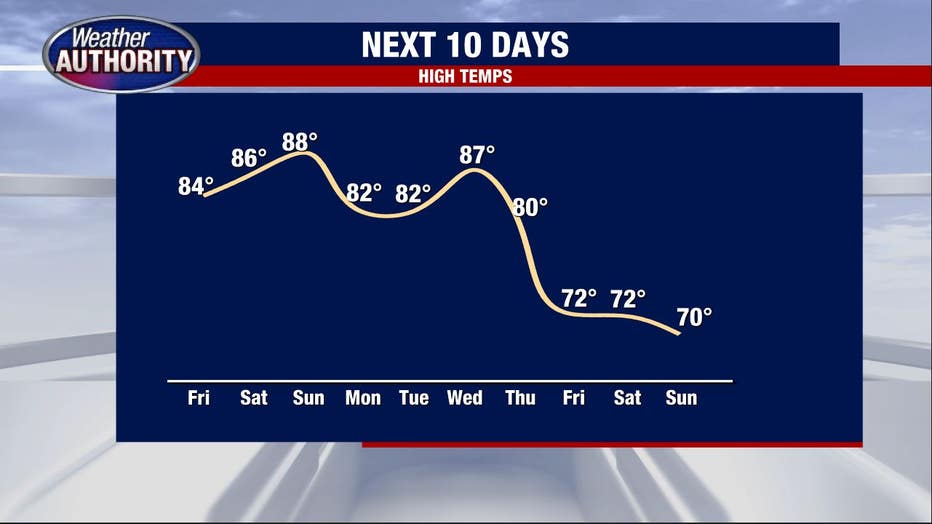 By the way, NEXT weekend looks a little more Fall like!