DETROIT (FOX 2) - One person was killed and two others were hurt in a crash on Detroit's west side on New Year's Day.

The crash happened just after 9 p.m. in the area of W. Outer Drive and Lindsay, near the Southfield Freeway. The collision was so violent, one vehicle was split in half. 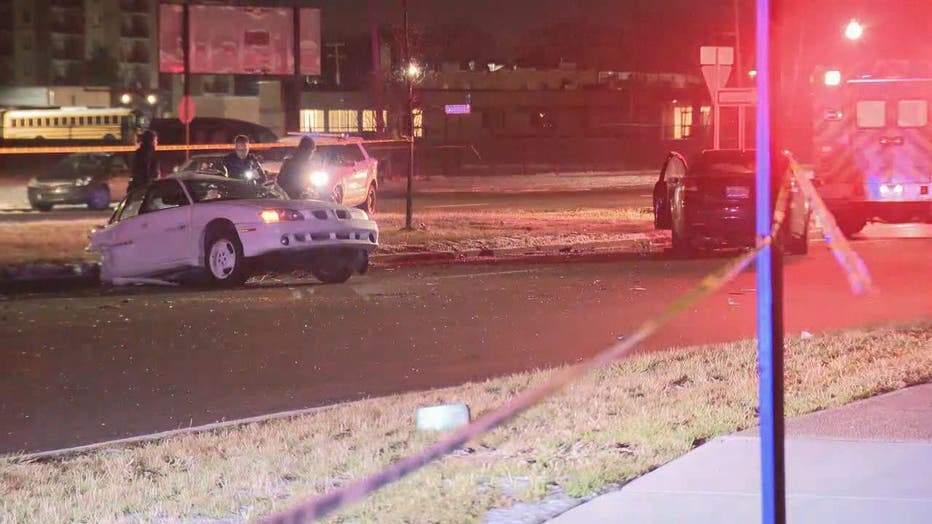 Police say a man in his 40s was driving south on Lindsay in a white '97 Pontiac Grand Am when he crashed into a black 2010 Mercury Milan that was going west on Outer Drive.

The driver of the Pontiac was pronounced dead at the scene.

The driver of the Mercury, an 18-year-old man, and his passenger, a 17-year-old woman, were taken to the hospital for treatment. It's not known how seriously they were injured.

Police are still investigating what may have caused this crash. Anyone with information is asked to call Detroit Police Department's Fatal Squad At 313-596-2260 or Crime Stoppers at 1-800-Speak-Up.

Police have not given the name of the victim.