Car crashes into tree after shooting on 8 Mile in Detroit

A car crashed into a tree on the median on 8 Mile after a shooting Tuesday in Detroit.

DETROIT (FOX 2) - A shooter opened fire on a car with three people inside Tuesday afternoon, critically injuring one of them.

The victims were in a Chevy Cruze on 8 Mile Road near Gratiot in Detroit when someone in a dark-colored SUV started shooting at the car.

"Around 3:12 I heard shots, about ten shots going off and I see the car up in the middle of 8 Mile," said Malik Davis, who works at 3Fifteen Cannabis near the shooting scene.

The Cruze crashed into a tree on 8 Mile median. 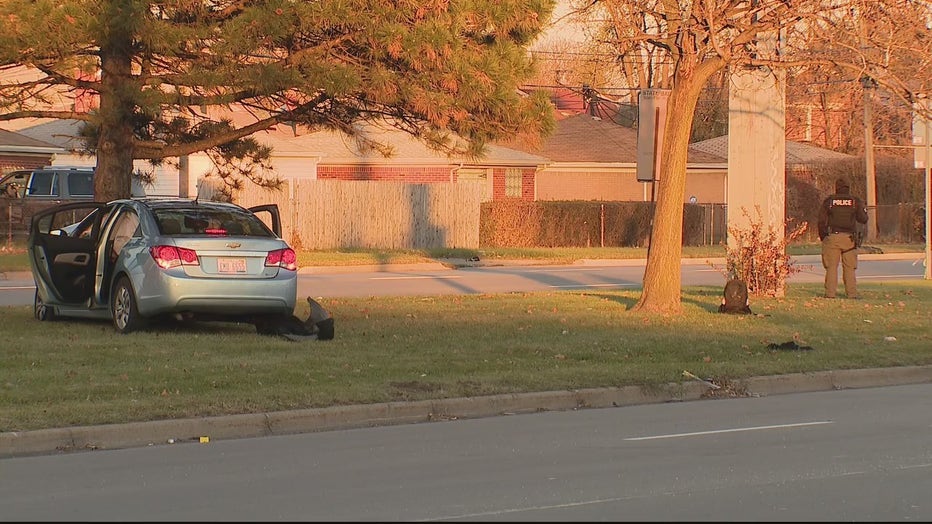 "I saw three people crawl out. One in the backseat, he was hit. He laid down on the ground for a few minutes," Davis said.

While on the way to the scene, an EMS supervisor got in a head-on crash at Gratiot and State Fair. They were not seriously injured.

When police arrived, Davis was able to tell them where the shooter's vehicle came from and where it fled.

"It pulled up alongside our establishment let the shots off, reversed and went inside Motor City Pawn Brokers, exited out and went down 8 Mile," he said. "I did see someone reach outside of the window with a weapon and then fire shots off."

The other two people who were in the Cruze were not struck. One person suffered minor injuries from the crash, and the other person was not hurt.