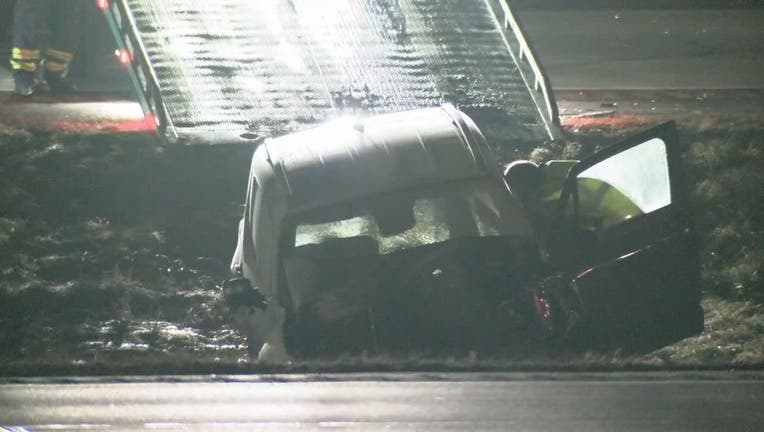 ROMULUS, Mich. (FOX 2) - Police are investigating a deadly crash early Tuesday morning on I-94 near Detroit Metro Airport. One person was killed and another was seriously injured.

The crash happened around midnight on the eastbound side near Middlebelt Road in Romulus.

Michigan State Police say a Ford vehicle was disabled, had its flashers on and was blocking the right center lane.

The driver of a Jeep rear ended the Ford, came to rest in the median and then caught fire.

Police say the Jeep driver died in the crash. The driver of the Ford was taken to the hospital with a possibly fractured back.

All lanes of I-94 were shut down at Merriman for about five hours and have since reopened.