ROSEVILLE, Mich. (FOX 2) - One person has died Tuesday morning in a crash on I-94 in Roseville.

Michigan State Police say four cars and one semi truck were involved in the crash on eastbound I-94 after Little Mack. One of the drivers of one of the cars was killed. 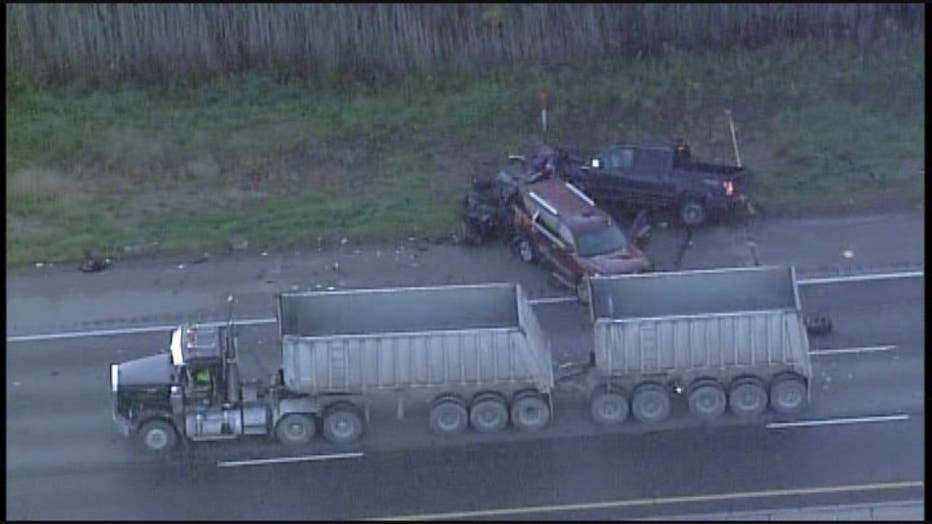 MSP says the crash started when one driver rear-ended another and caused a chain reaction crash. Traffic was slowing due to another crash, and a pick up truck approaching the slowed traffic at a high rate of speed rear-ended another vehicle.

Police say the pick up driver is at fault and is currently in custody for driving under the influence and has submitted to a blood draw.

Authorities are still working to identify the female victim, and aren't sure right now if anyone else was in the vehicle. Next of kin have not yet been notified.

The freeway is currently closed. Expect delays in the area.