An incident being investigated on Wednesday happened near westbound I-94 near Eight Mile is the fifth in the last three and a half weeks. Neighbors saw a red car speeding away riddled with bullet holes.

State police roamed up I-94 near Eight Mile looking for shell casings after the latest in a string of freeway shootings.

FOX 2: "What was going through head when you saw this happen?"

"Someone is hurt, scared just hope somebody is not dead," said Ann, a witness.

Ann sees a lot from her corner lot in Harper Woods at Roscommon and Peerless - it's where a red Pontiac came to a screeching stop Wednesday afternoon.

"The car stalled and he got out and ran down Peerless with a weapon," Ann said.

Ann called 911 and police arrived in less than two minutes. They got the guy with a gun in cuffs, another in the car, he'd been shot.

"I heard on his radio saying 'A gunshot to the head,' and I thought somebody must have got shot," said Larry Duren who lives by the scene.

The injured passenger was taken by ambulance to the hospital in serious condition.

"Whatever happened didn't happen there," Duren said. "It happened a few blocks away." 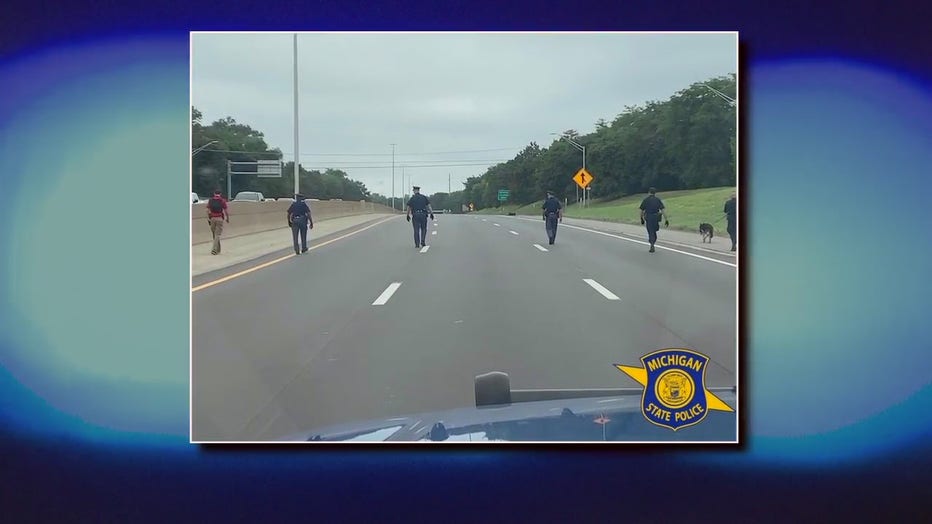 Investigators suspect the shooting actually happened about three miles away off I-94 near Eight Mile. They shut down the westbound freeway lanes to look for evidence and recovered two different caliber shell casings.

It's unclear as of Wednesday night what fueled this shooting.  People in the neighborhood where the chaos ended aren't used to seeing this kind of thing the most they deal with, speeders.

"I don't get too threatened about anything, (expletive) happens everywhere," Duren said. "So it's like is what it is."

The driver of the red Pontiac is in custody, police found a weapon inside the car.  His passenger who was shot is still hospitalized. 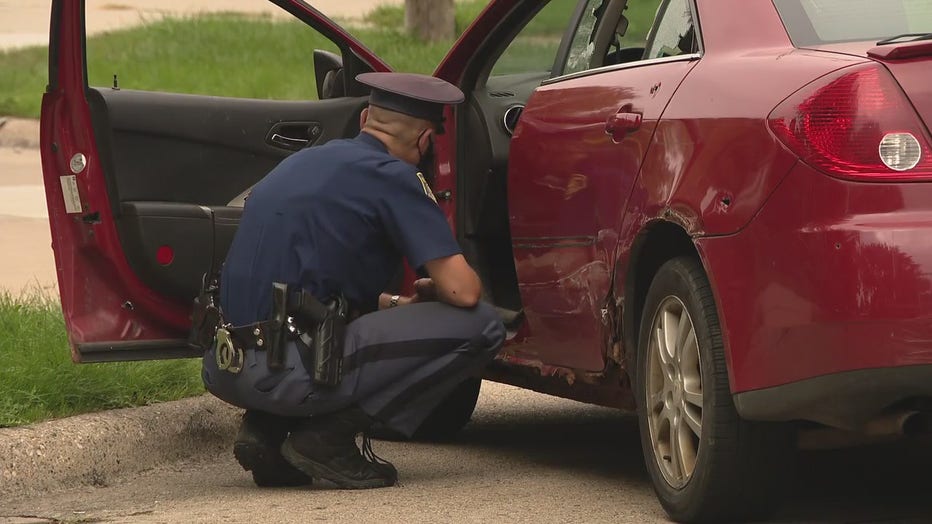