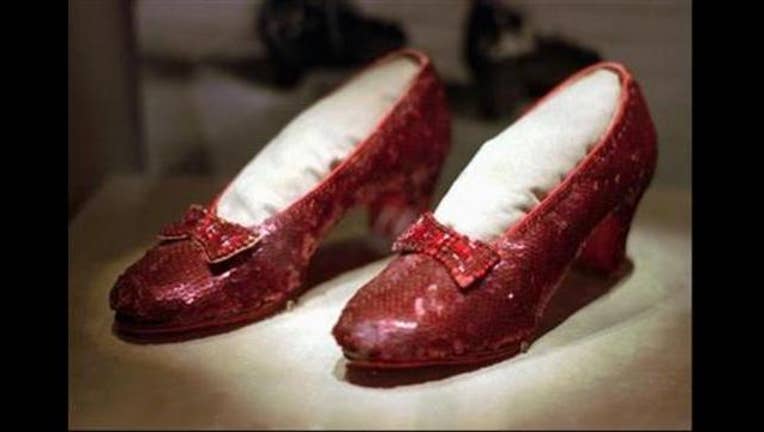 FILE - This April 10, 1996 file photo shows one of the four pairs of ruby slippers worn by Judy Garland in the 1939 film "The Wizard of Oz" on display during a media tour of the "America's Smithsonian" traveling exhibition in Kansas City, Mo.

GRAND RAPIDS, Minn. (AP) - An anonymous donor has offered a $1 million reward for credible information leading to the pair of Judy Garland's sequined, ruby red slippers stolen from a museum in her Minnesota hometown.

The late actress wore the slippers in "The Wizard of Oz." Three other pairs still exist, including one on display at the Smithsonian Institution in Washington.

John Kelsch, executive director of the Judy Garland Museum in Grand Rapids, Minnesota, says the donor is from Arizona and is a huge fan of Garland and the 1939 movie.

The reward offer requires the exact location of the slippers and the perpetrator's name.

The 10-year anniversary of the theft is in August. The slippers were insured for $1 million. Kelsch says they could be worth $2 million to $3 million now.