DETROIT (FOX 2) - One person is unaccounted for and two others were seriously hurt overnight when a home exploded on Detroit’s west side.

It happened around 4 a.m. in the 6800 block of Archdale Street, which is near Warren Avenue and the Southfield Freeway.

According to investigators, a gas leak appears to be responsible for a massive home explosion early Friday morning on the city's west side.

Detroit Deputy Fire Commissioner Dave Fornell said authorities originally thought a 65-year-old man was killed in the explosion, but after sifting through the wreckage they have since determined the man is unaccounted for. It's unclear yet if they may still find his body or if he may have walked away from the scene.

A man and a woman in their 40s who were in the home at the time have burns to their face and arms.

When first responders got to the home, it was already leveled.

The cause of the explosion isn’t known right now but investigators say it does appear to be connected with a gas leak. Neighbors say they smelled gas throughout the day Thursday.

DTE Energy shut off gas in the area for the investigation. 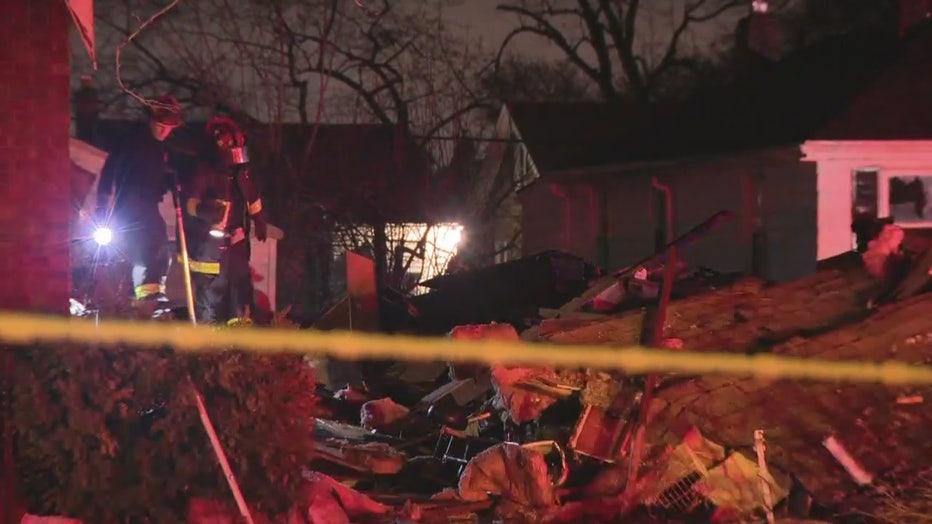 We’re told eight or nine neighboring homes also have some sort of damage – and that two of them have structural damage even.

Neighbors tell us it felt like an earthquake and that some of them were knocked out of bed.

DTE Energy authorities are at the scene right now investigating.