ST. CLAIR SHORES, Mich. (FOX 2) - Michigan State Police say a man has been arrested after a baby was killed Tuesday morning in a car crash on I-94 in St. Clair Shores.

MSP says a van was traveling in the left center lane when it changed into the left lane and rear ended another car around 6 a.m. Both drivers were taken to the hospital with serious injuries, and MSP says a 1-year-old boy that was in the car that was hit has since died. 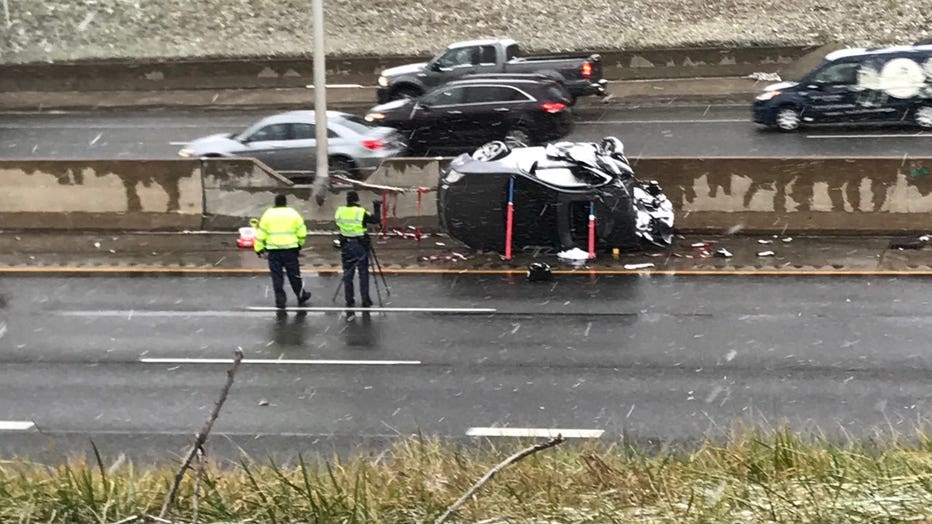 MSP says the child was properly restrained in his car seat at the time.

MSP Lt. Michael Shaw says speed was a factor in the crash and that the driver of the van has been arrested. He's a 37-year-old from Toledo.

A photo of the crash that MSP shared on Twitter shows that at least one of the cars rolled over.

The eastbound lanes of I-94 were closed at I-696 for the crash investigation for several hours. The road reopened just after 9:30 a.m.