VAN BUREN TWP, Mich. (FOX 2) - Van Buren Police officers are investigating a fatal crash on Michigan Avenue Tuesday morning that killed an 11-year-old boy after he got out of a car and ran across the busy road following a crash.

According to police, the crash happened around 6:30 a.m. on Tuesday on Michigan Avenue near Denton Road. That's just north of Willow Run Airport and just east of Ypsilanti.

Police said a car broke down in the turnaround lane on Michigan Avenue and three people were standing outside the car when they were hit by another car.

One of the people standing outside of the broken-down car was an 11-year-old boy from Ypsilanti Township. After the crash, police said he tried to run across Michigan Avenue but what hit by a pickup truck heading east.

Police and fire immediately arrived and pronounced the 11-year-old boy dead at the scene.

A 9-year-old girl and a 34-year-old woman were with the boy. Both were taken to the hospital for evaluation.

The Van Buren Township Accident Investigation Team is on scene to collect data and evidence.

The road was reopened a little after 11 a.m. 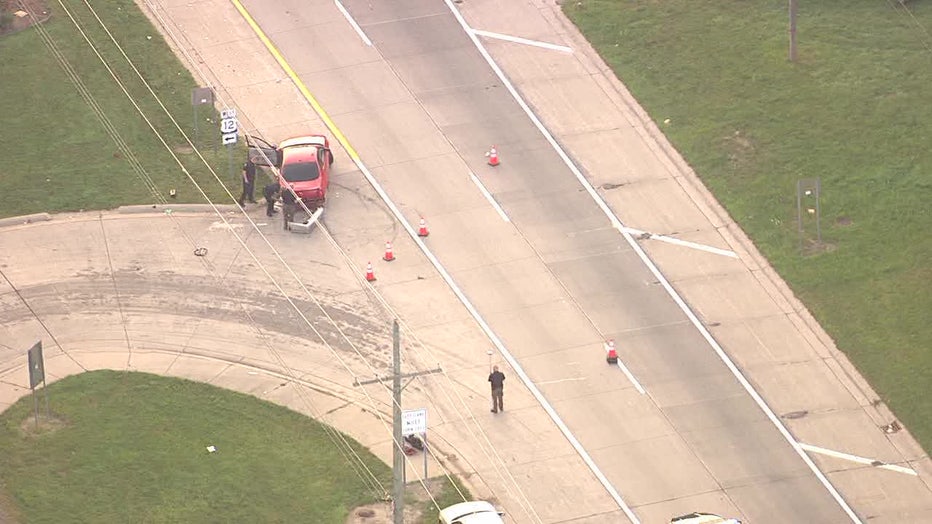