FOX 2 caught up with mom and Jaylen after the bus got some repairs. The business was all Jaylen’s idea. He and his mom take the bus all over Metro Detroit for parties and events. About 1,000 games were stolen.

Jaylen Staley tried to explain the ransacking of his Level Up Wit Jay gaming business.

"They took a bunch of stuff, it was like, broken," he said.

His mom says the thieves got away with the inverter and power amplifier which provides power to the entire bus. PlayStation 5 and Nintendo 64 games also stolen.

"Every single disc, every single (Nintendo) 64 game that I had as a child, 20 years ago, all gone," said his mom Brittani Staley. "Over a thousand games stolen.

"Some of that is priceless because they were from my childhood, and then some are newer that we just purchased."

FOX 2 caught up with mom and Jaylen after the bus got some repairs. The business was all Jaylen’s idea. He and his mom take the bus all over Metro Detroit for parties and events.

They just got the endeavor off the ground in March.

"We offer not only gaming, but karaoke, and we also offer private movie night," Brittani said. "You can rent that for those purposes as well.'

So far they’ve been able to raise money through Facebook and have about $3,000, but they’re trying to replace all the games and cover the costs of the repairs for the bus.

"We need a total of about $4,000 to pay for everything," Brittani said. "And that is not including what the labor was, that includes the equipment that we lost."

They’ve got a few gigs this weekend. Donations and support from the community are helping so they’re going to keep on rolling.

But the fact someone would do this, is just hard for them to swallow

"And that’s the thing, we’re all really struggling at this point," Brittani said. "Gas and everything is so high that it just hurts that it happens to be my son’s business."

"I was sad, I was mad, and I really didn't know what to think at the time," Jay said. "I just knew it was really sad for my Mom and my Nana."

You can learn more about Jay's business or donate on their Facebook page HERE. 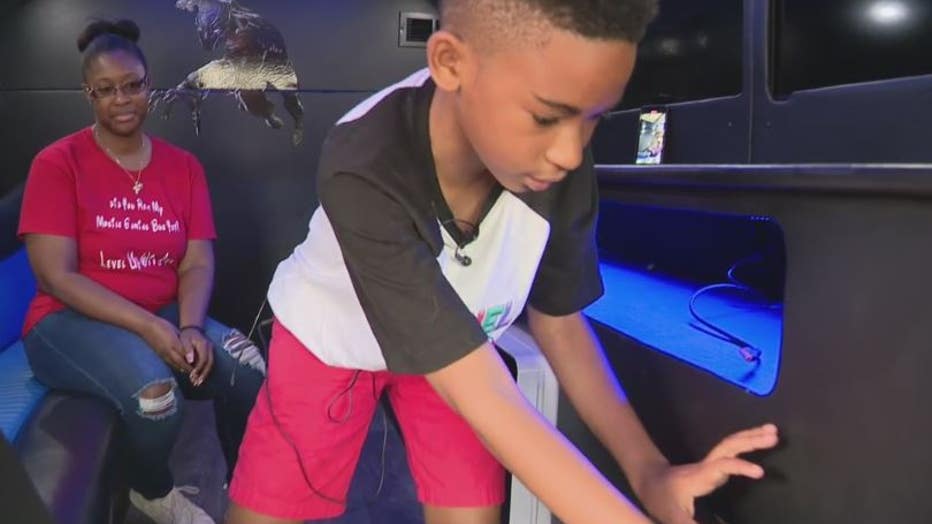