FRASER, Mich. (FOX 2) - A $12.5 million settlement was announced Tuesday in the lawsuit involving a massive sinkhole in Fraser that displaced several families on Christmas Eve in 2016.

The Macomb Interceptor Drain Drainage District board sued the insurance company for three contractors in April 2019, claiming human error was to blame for circumstances that opened a crack in the MIDDD sanitary sewer pipe, caused infiltration of sand into the pipe, and eventually caused the collapse of the sewer and the ground above on 15 Mile Road at Eberlein Drive. The sinkhole measured approximately 50 feet wide, 260 feet long and 65 feet deep - approximately the size of a football field.

"What they woke up to, was they kept hearing this, pop, pop, pop, popping noise. And what it actually was, was the bricks were popping off the side of their house as their house fell into a sinkhole," Macomb County Public Works Commissioner Candice Miller said Tuesday during a news conference.

An emergency sewage bypass system was installed and a huge shaft was dug to allow for the installation of new sewer pipe. The disaster cost more than $70 million to repair.

The case went into mediation, reaching what Miller said was the biggest settlement Macomb County has ever recorded. She announced the settlement while standing on a vacant lot on Eberlein Drive where the house that had sunk into the sinkhole was later demolished. 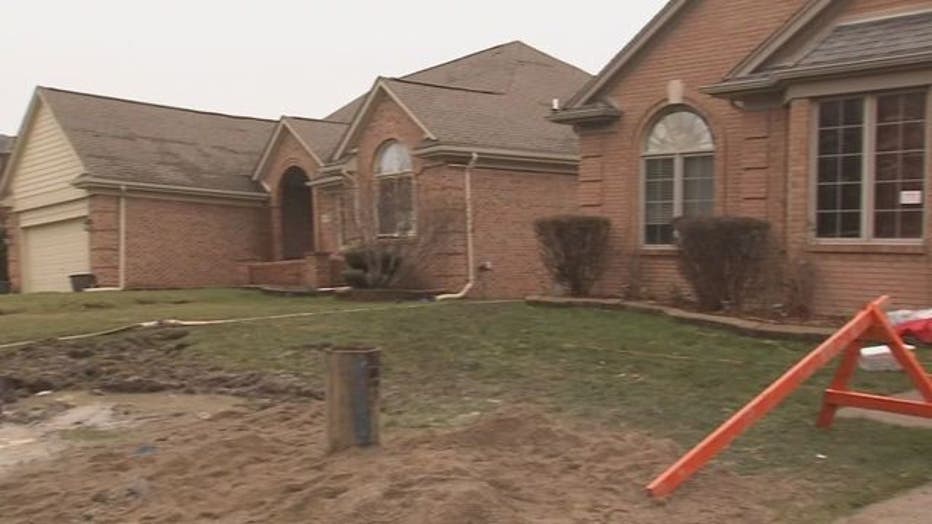 Miller also said the county hired a forensic engineer to determine the cause of the sinkhole. According to their investigation, human error is to blame from May 2014 while work was being done on the interceptor near the border with Oakland County.

Miller also blames her predecessor for failing to inspect the pipe.

"We feel very, very good about the $12.5 million. Again, some people said, well, maybe you should have gotten more. If we would've had to go to court, we would've been at least three years before we got into court. You would've had millions of dollars in legal fees, all the depositions, all of these things, and then we were particularly concerned about the statute of limitations. You really were rolling the dice," she said.

The settlement payment will be made by Illinois National Insurance Company, a member of AIG. It eliminates that risk of potential statute of limitation challenges, plus staff time and ongoing legal costs that would have reached into the millions. It also allows the MIDDD to continue to invest in aging infrastructure.

Proceeds from the settlement will be used to invest in vital infrastructure work necessary to prevent another infrastructure disaster. This week, work will begin on a major interceptor lining project on 15 Mile from Hayes Road to the ITC Corridor in Sterling Heights. That stretch is just west of the site of the 2016 sinkhole. Also known as Segment 5, this is the last major section of unreinforced large diameter pipe on 15 Mile that needs to be lined. Little traffic disruption is expected.