DETROIT (FOX 2) - A police pursuit ended in a crash Monday afternoon on Detroit's west side, injuring multiple people including a teenager.

Detroit police say they were investigating a stolen gray 2003 Honda Pilot around 1:45 p.m. in the area of Chicago and Schaefer. 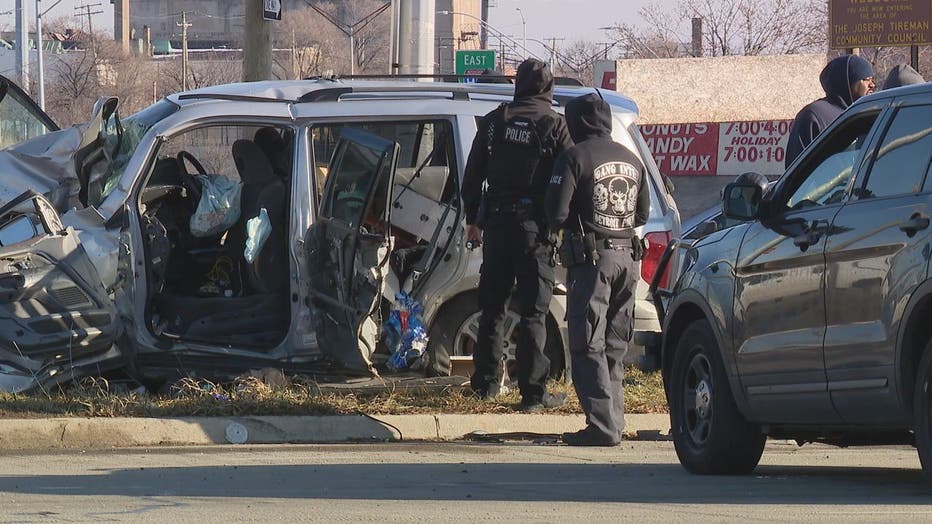 Police attempted to pull over the car but say the driver took off down Chicago, eventually hitting a pole on the eastbound side of the Jeffries Service Drive and Livernois.

The driver, a 19-year-old man, was arrested and two others inside the car were detained. They are a 14-year-old boy and a 16-year-old girl.

The driver and the girl were taken to the hospital but police didn't say how seriously they'd been injured. Conditions are pending.

Police say the vehicle was allegedly stolen out of Dearborn.