FOX 2 - The recent flare-up in violence against Asian-Americans is reviving the story of Vincent Chin, an Asian-American man beaten to death by two white men in Detroit back in the 1980s.

His case ignited a movement in Civil Rights history that many people don't know much about. But now one author is hoping to change that.

Paula Yoo started writing this book for teenagers well before the pandemic - but the story and lessons of Vincent Chin are just as important now as they were almost 40 years ago.

Violence against the Asian-American and Pacific Islander communities have been on the rise for the past year amid the coronavirus pandemic - inflamed by racist rhetoric from the highest level.

All of it sadly reminiscent of a deeply troubling time in Detroit's own history - the murder of Vincent Chin in 1982.

Paula Yoo is a former Detroit News reporter and now the author of the new non-fiction book for young adults - "From a whisper to a rallying cry - the killing of Vincent Chin and the trial that galvanized the Asian-American movement."

"It was a murder that made international headlines. Chin, a Chinese-American, was out celebrating his upcoming wedding. He was beaten to death at a bar by two auto workers - allegedly angry about the rise of the Japanese auto industry and the job losses in the U.S.

"This was a huge story and people are forgetting that," Yoo said. "I don't want them to forget this because this affected everybody." 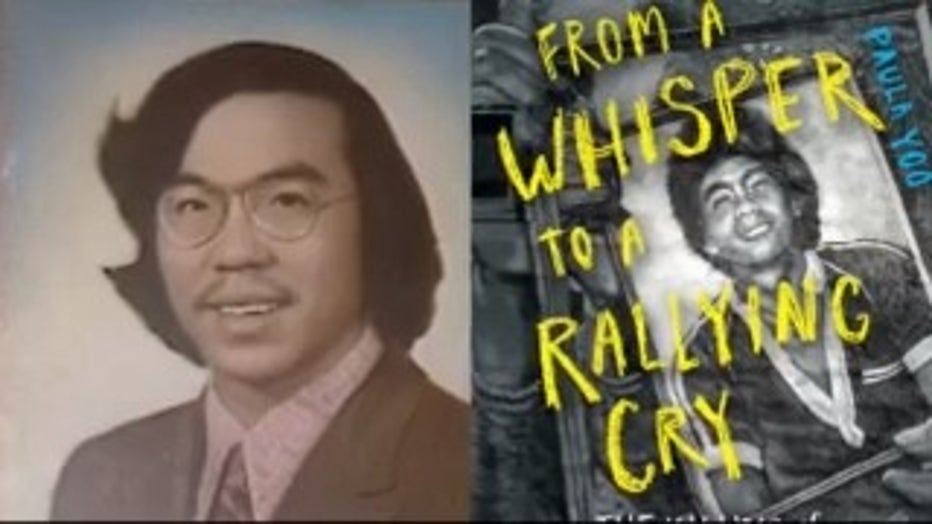 Yoo dives deep into the crime, the trial, the Civil Rights actions that followed. And the coalition of people - of all ages and races - that banded together in the aftermath.

And now a new coalition banding together - a new generation battling racism.

"One out of four Asian-American teenagers have been bullied either verbally or physically because of the pandemic," she said.

Paula Yoo started writing this book for teenagers well before the pandemic - but the story and lessons of Vincent Chin are just as important now as they were almost 40 years ago.

"We made it for young adults because we realized nobody knows about Vincent Chin's story and it was really important to educate them," she said. "We cannot get rid of racism if we all don't fight all forms for all of our communities."

The book is available at stores and online on April 20th.