A first of its kind program launched in the United States to help underserved communities learn about coding design, marketing and project management. and it's right here in Detroit.

DETROIT (FOX 2) - A first of its kind program launched in the United States to help underserved communities learn about coding design, marketing and project management. and it's right here in Detroit.

The first cohort of the Detroit Apple Developer Academy graduated Thursday in Detroit preparing people from diverse backgrounds for jobs of the future.

The Bureau of Labor statistics report the 2021 median pay for those who write, modify, and test code and scripts that allow computer software and applications to function, was $93,000.

part of the tech world," said graduate Charles Walker. "I developed some apps - it’s like a dream, or a goal you always wanted to accomplish. and I finally got to accomplish it."

The academy is part of Apple’s Racial Equity and Justice Initiative. The program offers students an opportunity to become entrepreneurs and app developers. It’s something the now-grads got to participate in for free - skills that can translate into a lifelong career.

"Students can follow their own pathways," said Sarah Gretter Apple Developer Academy. "So whether they are interested in the tech industry in general, coding, design, business, they really can decide what they want to do next. And we help them craft what that pathway looks like."

This first group of graduates range in age from 18 to 64.The program lasts 10 months and includes comprehensive and intensive app development and entrepreneurial training. As you might image there’s a heavy emphasis on iOS development for Apple and iPhones.

"With challenge-based learning, you are given a project and then through that project you have to ask qeustions," said graduate Naeema Muhammad. "And then ask more questions - and questions on top of that. So, it is a strange process at first but once you really get into it, you really learn to love it."

Over the course of the program some 100 graduates developed new apps now available or coming soon to the App Store. The areas covered are pretty varied- augmented reality games, travel, health and wellness.

Participants brought their diverse backgrounds and educational experiences to their work.

"I literally resigned from the parole board to come to this program when it was announced," said Pastor Jerome L. Ward Sr. "Once I got here I saw a much bigger picture. I saw something, this program could be so beneficial to so many Detroiters."

Michigan State University, Apple and the Gilbert Family Foundation partnered to pull the academy off.

According to MSU, the iOS app economy supports 45,000 jobs, just in Michigan.

The academy is already recruiting for the upcoming class… you just have to be over 18 and It’s free, you don’t need any previous coding experience.

For more information about the program, to apply as a student or as a mentor, GO HERE. 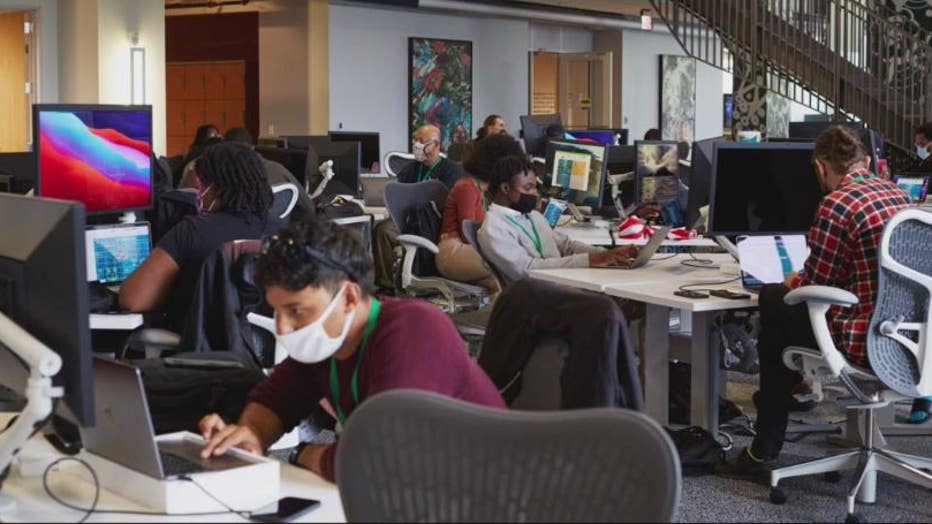