EASTPOINTE, Mich. (FOX 2) - A shooting Wednesday night might boil down to an argument ending in gunplay in Eastpointe.

A man in his 20s was shot in the shoulder. The suspects drove off but were stopped by police stopped shortly after the shooting. They arrested two men, one of them, investigators say, knows the victim.

Eastpointe police can confirm some kind of argument outside a home on Veronica Street near Tuscany may have lead to a shooting.

Eastpointe police can confirm some kind of argument outside a home on Veronica Street near Tuscany may have lead to a shooting.

One neighbor arrived at the scene just as police were pulling up after he heard the shooting.

"It was two quick volleys of three rounds," said a neighbor by the name of Brad. "And eight rounds. I heard some shouting at that point. I knew somebody was shot.

”There was one fella laying on the ground apparently shot.  I counted 14 rounds that were shot off."

Police got the call at 3:27 p.m. Wednesday. Many neighbors obviously hearing the sound of gunfire.

The victim was taken to the hospital. A family member tells FOX 2 the bullet was still lodged in the man’s body and his condition is unknown.

FOX 2: "Had there ever been any problems at that home?"

"There have been a few incidents yes," Brad said. "At least once a month I see a few police cars out there in front of the house.” 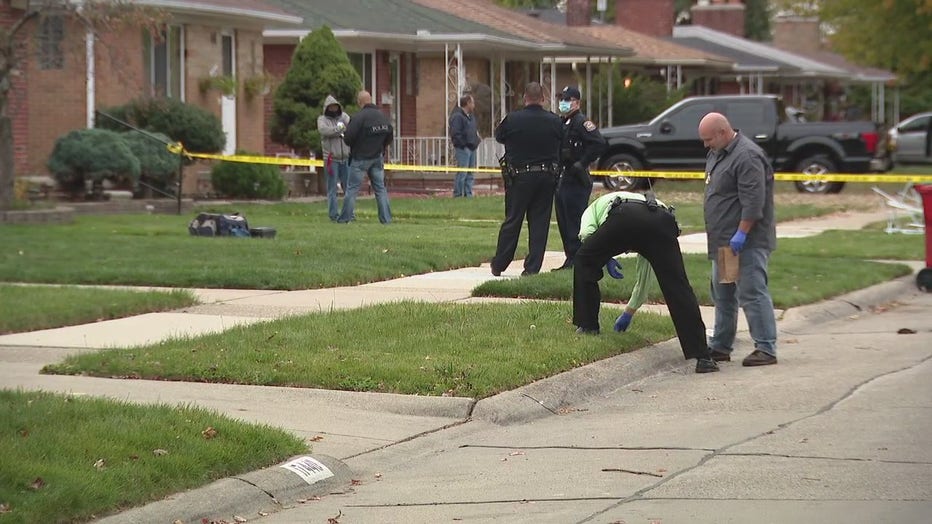