The Wayne County Prosecutor said two men have been arrested and charged with the murder of one woman and the non-fatal shooting of another woman after police said they shot up the car the women were in following an argument with the driver, who was not shot.

Darnell Robinson, 22, and Edward Thoran, 24, were both charged Friday with the murder of Jamekia Fulton on May 24th. 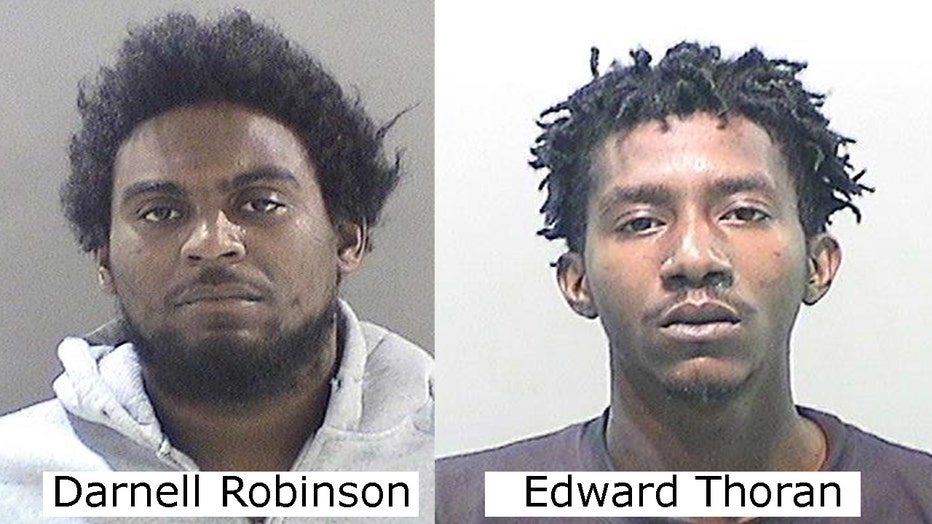 According to Prosecutor Kym Worthy, Detroit Police Officers on patrol near Blackmoor Street and Eastwood Ave, which is near 7 Mile and East Outer Drive on the east side, heard gunshots and found a car stopped in front of a home on Blackmoor. The officers said two women in the car had been shot and both were taken to the hospital.

Fulton was pronounced dead at the hospital while the other woman, who investigators did not name, was being treated for the gunshot wound.

Worthy said the driver of the car, Fulton's brother, got into an argument and a fight with Robinson earlier in the day. At 3:30 a.m., police said Robinson and Thoran walked up with guns and shot into the car.

Fulton was sitting in the backseat of the car while the other woman was the front seat passenger. Fulton's brother was driving the car and was injured by flying glass but was not shot. Worthy's office said it's not yet known if her brother was the intended target.

Both have been charged with first-degree murder, assault with intent to murder, and three counts of felony firearm charges.