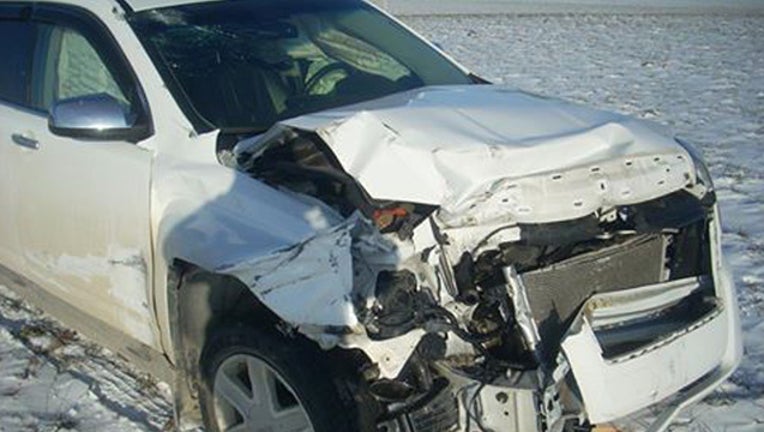 BLOOMER TOWNSHIP, Mich. (WJBK) - Two children were hurt when the horse-drawn buggy they were riding in was struck by a SUV in mid-Michigan.

The crash happened just before 8 a.m. Wednesday in Bloomer Township, northwest of Grand Rapids. The 23-year-old driver of the SUV was behind the buggy when she hit it near an intersection.

Montcalm County sheriff's deputies say the children -- ages 13 and 10 -- suffered multiple injuries. They eventually were airlifted to a Grand Rapids hospital with critical injuries. Their names were not released. They are from Carson City.

Deputies say speed wasn't a factor in the crash, and that the angle of the bright morning sun may have played a role. The driver had a 5-year-old passenger. Neither were injured.

The horse was injured and had to be euthanized at the scene of the crash.