The suspect confronted police and was armed with a gun at the time of the fatal shooting, but it is unclear if officers were fired on.

An innocent bystander was killed when the car the suspect was driving, crashed into a taxi cab she was in, moments before he confronted officers. She was ejected and died at the scene.

An armed suspect engaged with officers according to Chief James White, who fatally shot him. Moments earlier, he had crashed into a cab killing a woman, while trying to flee.

The suspect had a three-year history of domestic violence with his girlfriend, and earlier tonight had shot up a car outside the home and made threats twice before trying to break into the residence, Police Chief James White said.

The suspect was spotted kicking in the door upon his third stop at the house tonight when responding officers saw him. He fled the scene speeding when he crashed into the cab on Warren, White said.

Stay with FOX 2 for more as it becomes available. 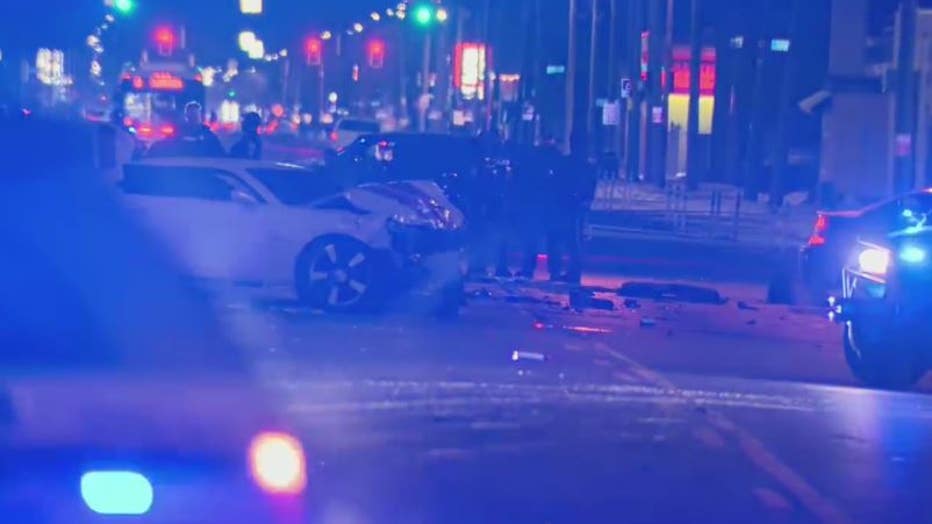