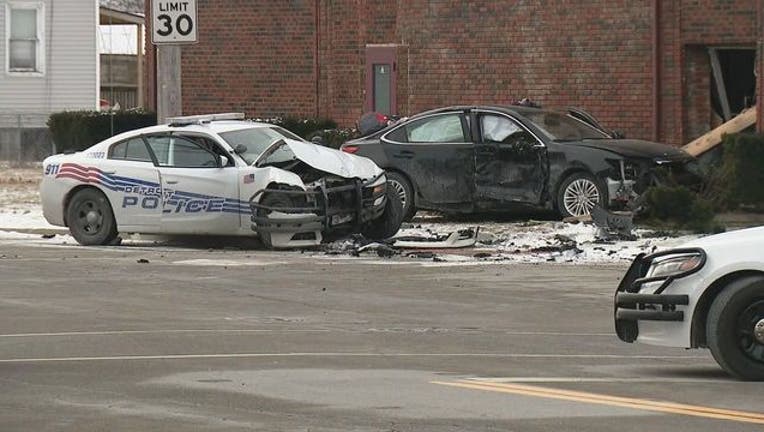 DETROIT (FOX 2) - Two Detroit police officers are hospitalized Tuesday morning after a car crash on the city's east side. A woman was also injured.

The accident happened just after 8:30 in the area of Alter and Charlevoix, which is near Chalmers Street and Mack Avenue.

Police say the 69-year-old woman crossed the center line to pass a car and crasehed into the squad car. The officers were responding to a situation at a Project Greenlight business and had their lights and sirens on.

All three people were taken to the hospital and we're told they're all in stable condition right now.

We're told the officers were going to help some kids who were trapped in a car.